A very warm thank you to our recent guest, especially to John Pickering and Incentage AG, who gave support to the conservation of the threatened rhinoceros in Madikwe with a substantial sponsor contribution. 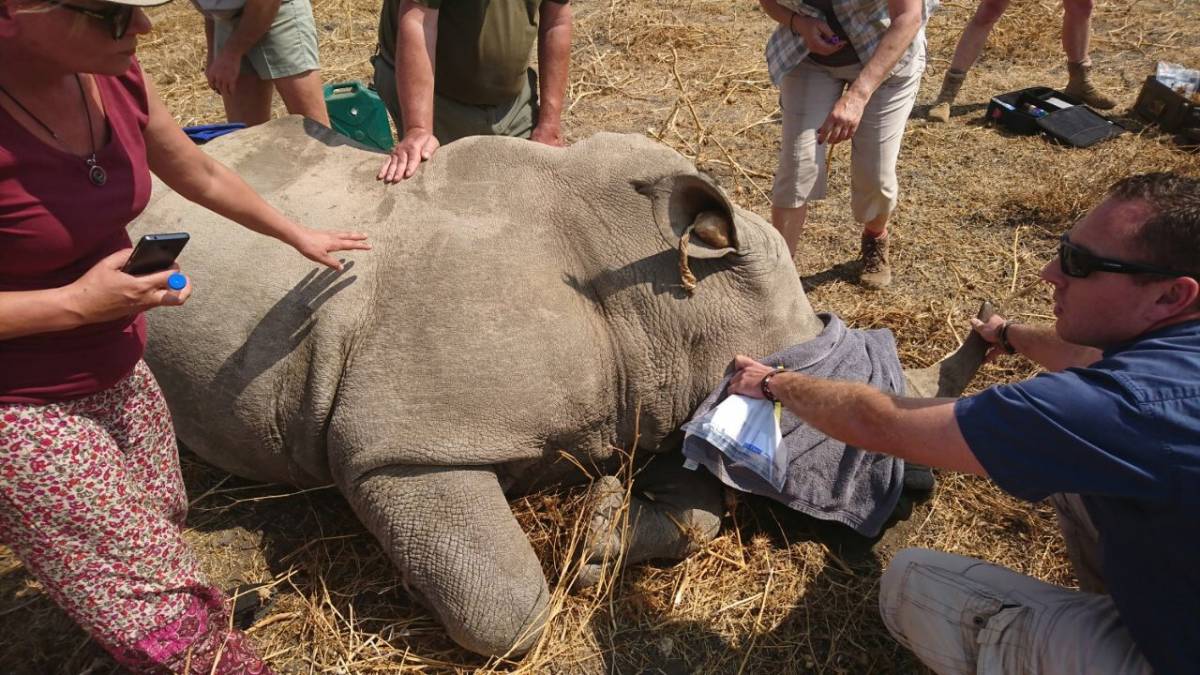 Of the many planned activities to preserve our wildlife, the so-called "rhino notching" is currently one of the most important measures. The rhinos are searched for by helicopters in the bush. The ears are notched and microchips are implanted under anesthesia, so that the rhino can be recognized, monitored in the future, and entered into the national register.

Our guests were able to actively take part in the operation which was under the direction of Philip Hattingh from the Madikwe Game Reserve. We remember that the rhino was darted in the open field, so that everybody could observe every single step at close range. We were all amazed about the skills of the helicopter pilot (see video).

John Pickering said: "It really is a once in a lifetime experience. We named the Rhino Erica after our friend who was with us."

Dear John, many thanks for your support from the entire Rhulani Team.

Skillful helipilot during the darting phase of the white rhino