When on safari you meet numerous wild animals of the same species, this is not simply a “group”, and only in a few cases the proper name is "a herd". Are you an expert in collective animal names? 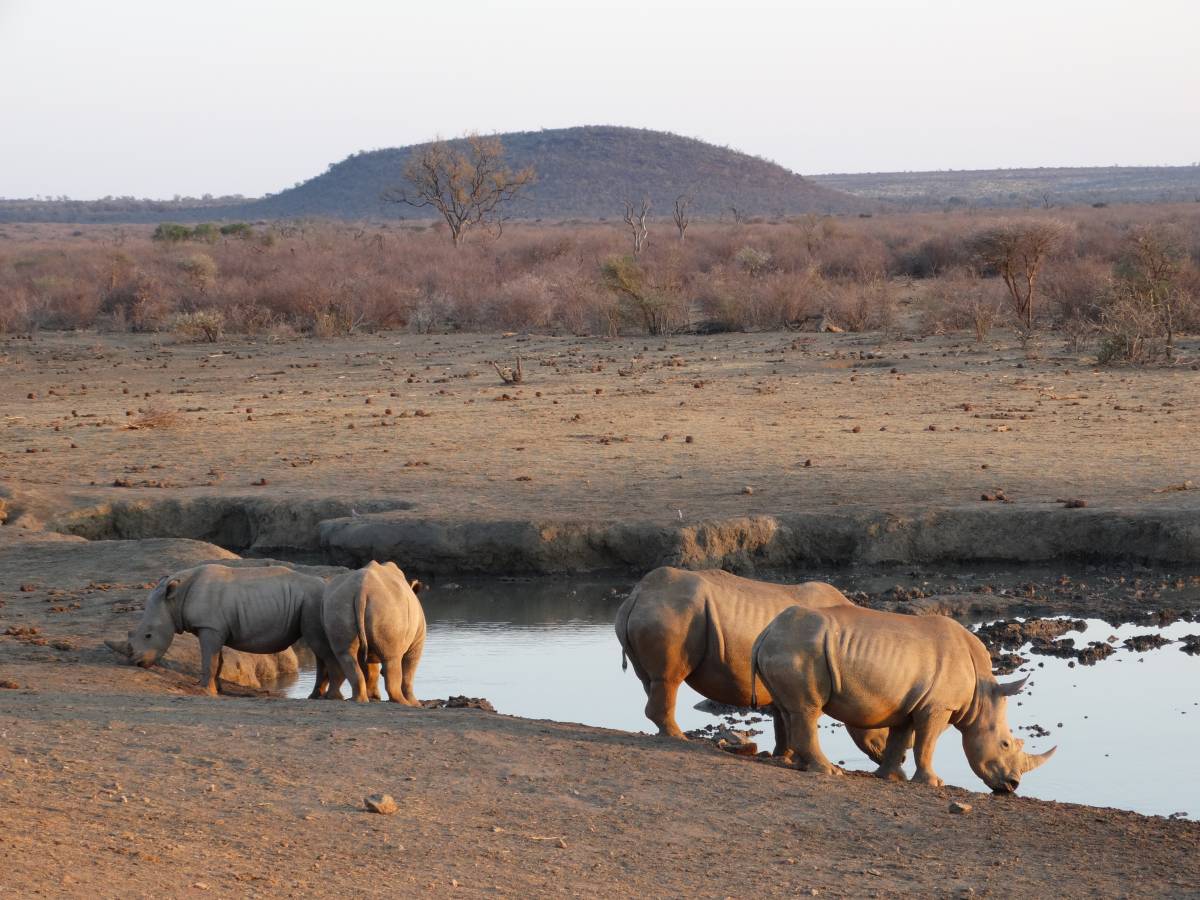 a crash of rhinos 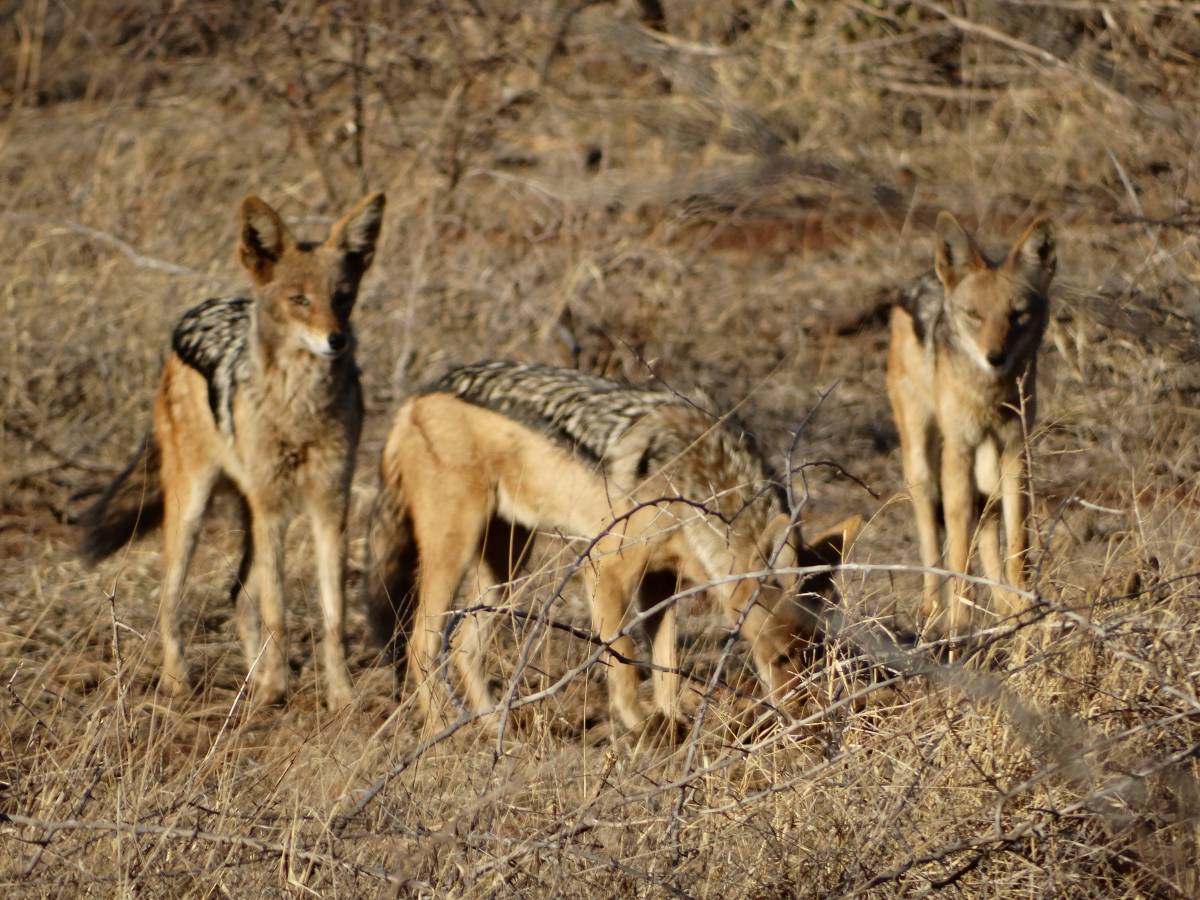 a pack of black-backed jackals 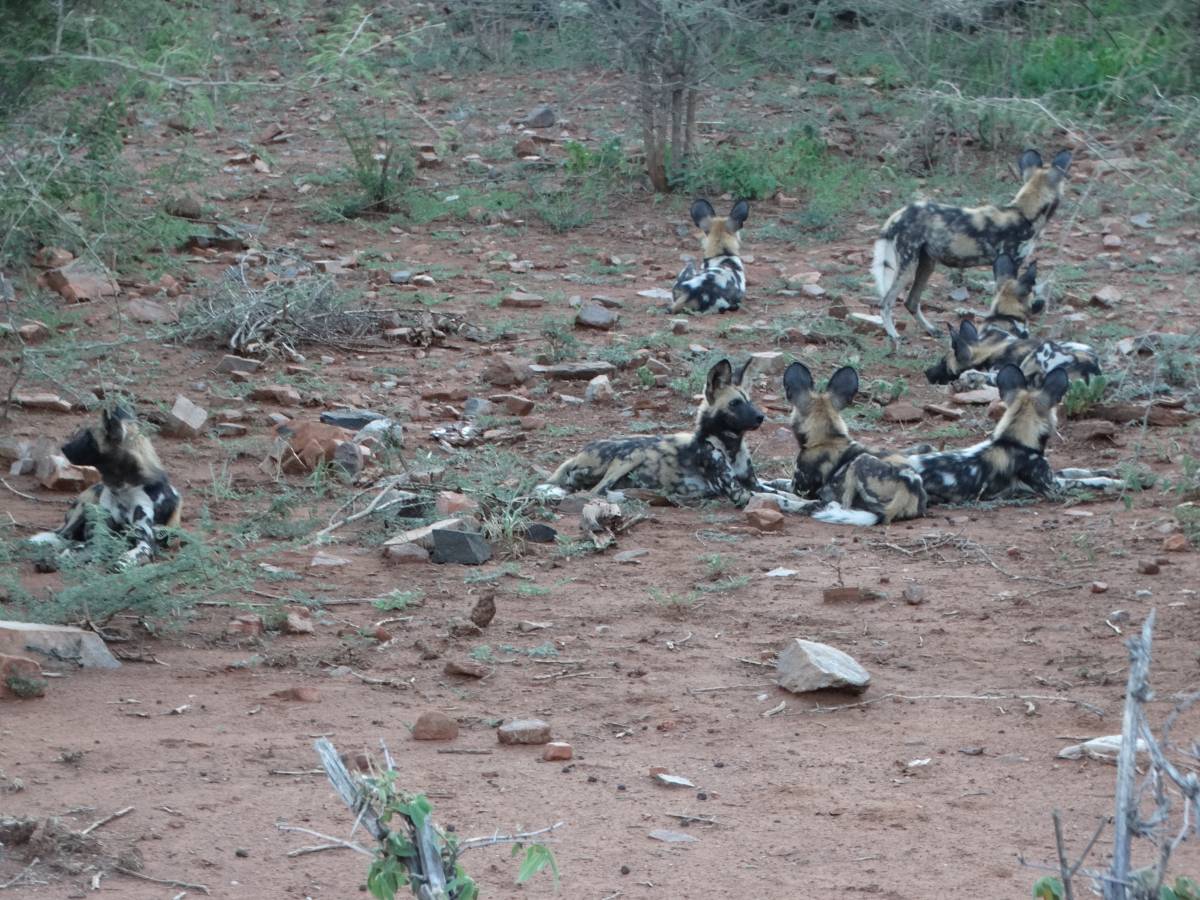 a pack of wild dogs 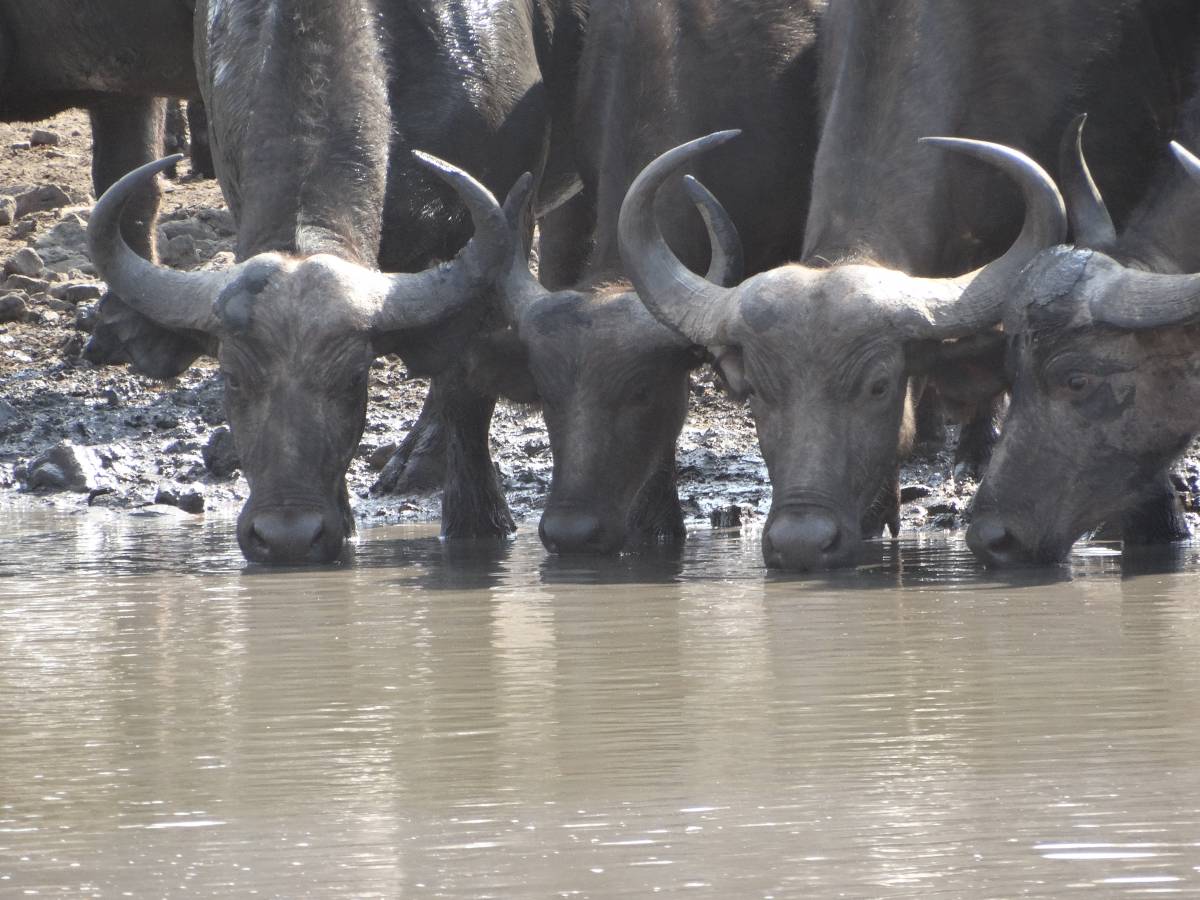 an obstinacy of buffalos 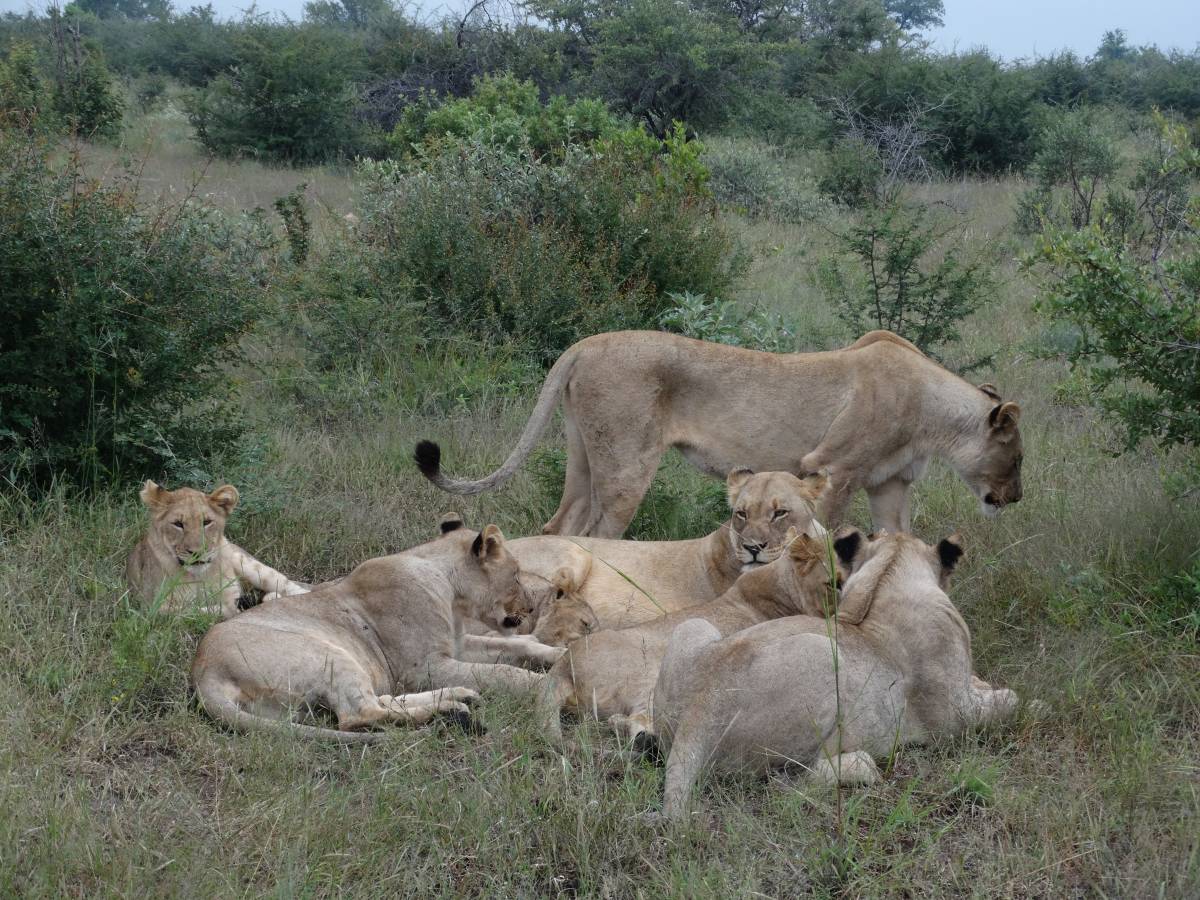 a pride of lions

a coalition of cheetahs 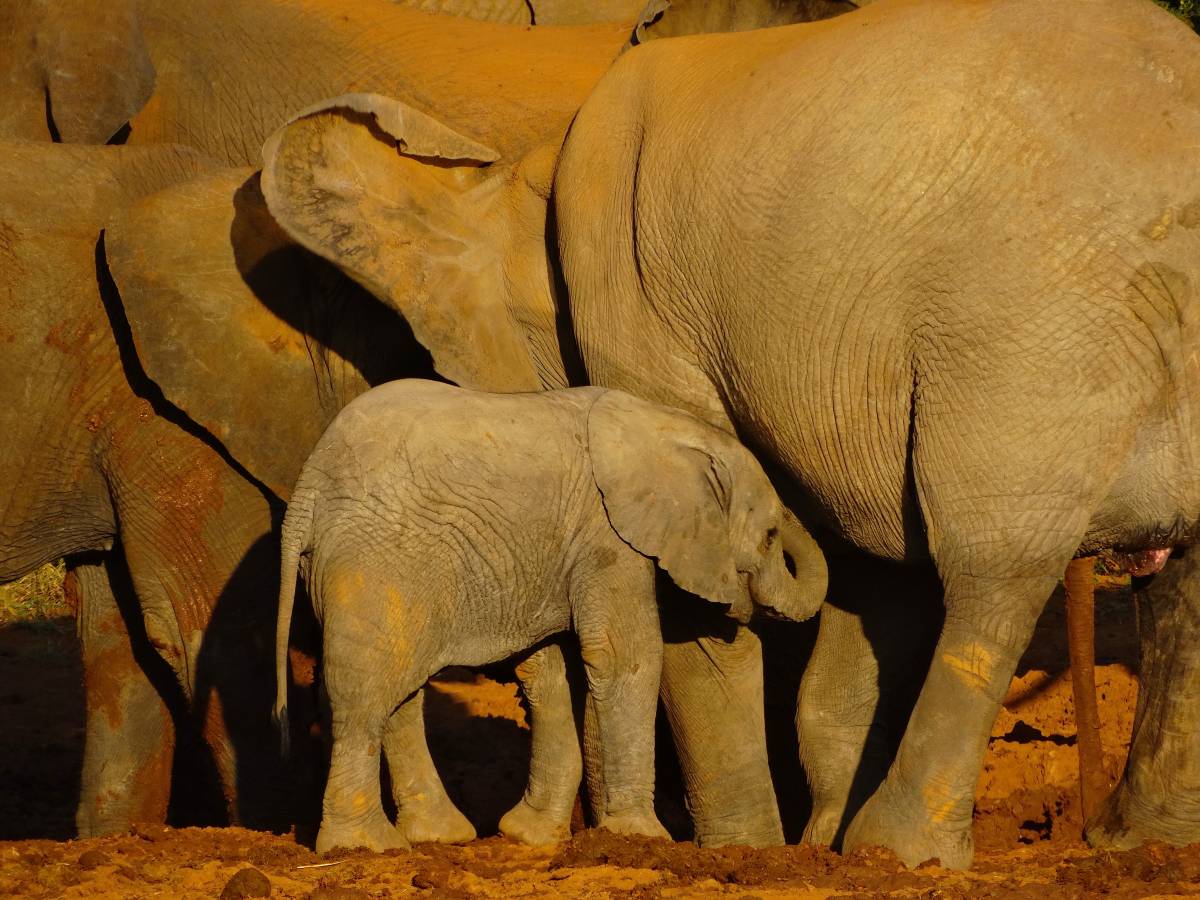 A parade of elephants

Did you know that a herd of elephants is actually called a "parade"? And how do you call correctly a group of zebras or Rhinos? Our well-trained rangers at Rhulani know exactly that this is a "dazzle" (zebras) respectively a "crash" (rhinos). But even a ranger may have some doubts, when you ask him about the difference between a journey and a tower of giraffes. Just between us: the first is when they move, the second when they stand still.

But you can really impress your ranger, when you know the collective name of warthogs (a “sounders”) or of a wildebeest (an “implausibility”).

The strangest name we have ever heard, is for the kudus. You will definitely impress your ranger when you tell him about a "forkl of kudus".

Before your next safari, study the below list of collective names for animals that you can potentially encounter in Madikwe. This is funny, instructive, and definitely a good travel preparation!

Ant - an army / column of ants

Birds - a flok of birds

Buffalo - a gang / obstinacy (or herd) of buffalos

Cheetah - a coalition of cheetahs

Eland - a herd of elands

Elephant - a parade / herd of elephants

Giraffe - a tower / journey of giraffes

Scrub hare - a down / drove / husk of scrub hares

Hyena - a cackle / clan of hyenas

Impala - a rank / herd of impalas

Kudu - a forkl / herd of kudus

Leopard - a leap / lepe of leopards

Lion - a pride of lions

Ostrich - a flock of ostriches

Rabbit - a colony of rabbits

Rhino - a crash / stubbornness of rhinos

Serval - a sluthe of servals

Spider - a cluster / clutter of spiders

Squirrel - a dray of squirrels

Termites - a colony / nest of termites

Warthog - a sounders of warthogs

Waterbuck - a cluster / herd of waterbucks

Wildebeest - an implausibility of wildebeests 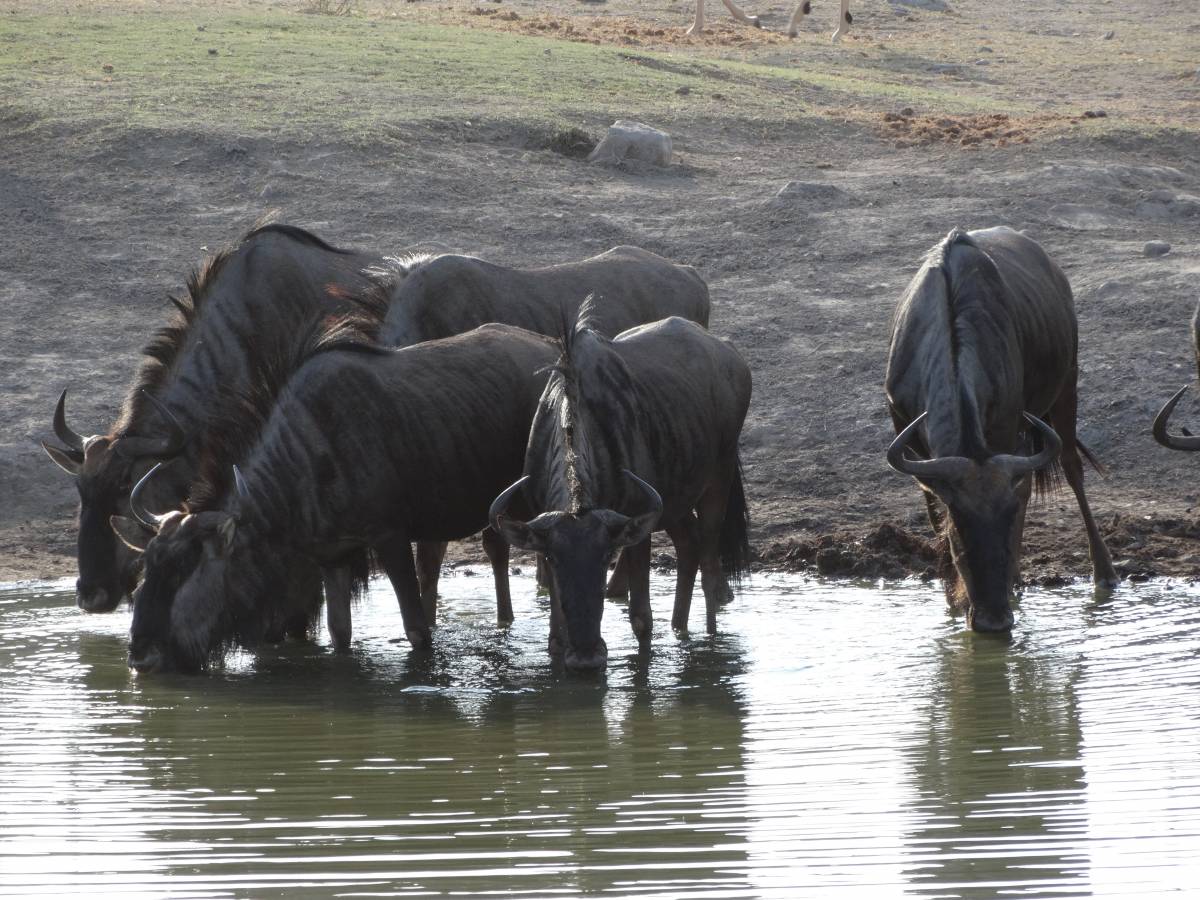 An implausibility of wildebeests