Madikwe is one of the largest reserves in South Africa – 75 000 hectares of pristine, malaria-free bushveld located in the North West province, just a three-and-a-half hour drive from Johannesburg or Pretoria.

The reserve is well known for its abundant wildlife (including the "Madikwe Top 10") and diversity of habitats, ranging from the perennial Marico River, to its large open plains, woodlands, steep cliffs and boulder-strewn koppies, to the Dwarsberg Mountains which stretch across the southern border.

All private guest lodges including Rhlani offer visitors a unique and personalised bush adventure, going every extra mile to ensure their Madikwe memories linger for years to come. There are no day-visitor facilities and the reserve is only open to those who have made a booking at one of the lodges, which ensures that all guests are able to enjoy an exclusive safari experience.

“All guests are able to enjoy an exclusive safari experience”

Madikwe has the distinction of being one of the few game reserves in the world to be proclaimed purely on these grounds. It is run as a joint venture between the North West Parks and Tourism Board, the private sector and local communities. The success of this approach has made Madikwe the role model for similar ventures elsewhere in South Africa.

Thousands of healthy animals have been released into the reserve, including elephant, rhino, buffalo, lion, cheetah, African wild dog (Madikwe is the first fenced reserve where wild dog were released), spotted hyena, giraffe, zebra and many species of antelope and herbivores. Leopards were already on the land before it was fenced off.

Madikwe also boasts an incredible 350 bird species, making the reserve a paradise for any enthusiastic birdwatcher.

Do you want to know what mammals, bird species and reptiles you might be lucky enough to see in Madikwe Game Reserve? Click here to access our Animal Guide 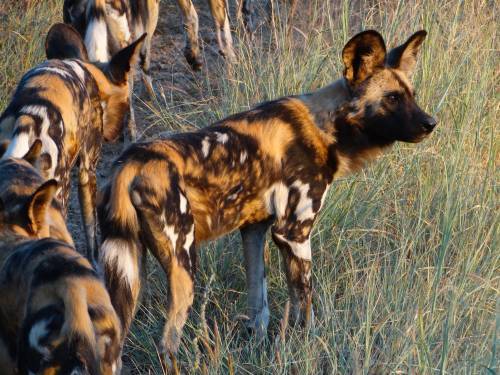 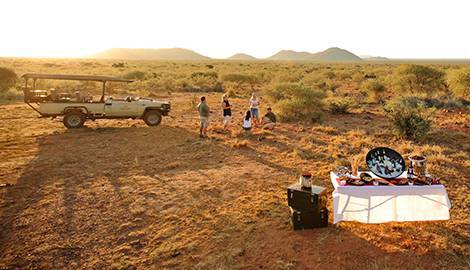