The 15 May 2015 was a memorable day in the history of Rhulani, and an extraordinary experience for 21 travel agents from private safaris, a leading African tour operator in Switzerland. Claudio Nauli, Managing Director, organized a long weekend for 20 employees of his team, to learn more about Madikwe Game Reserve, and to have a lot of fun together. 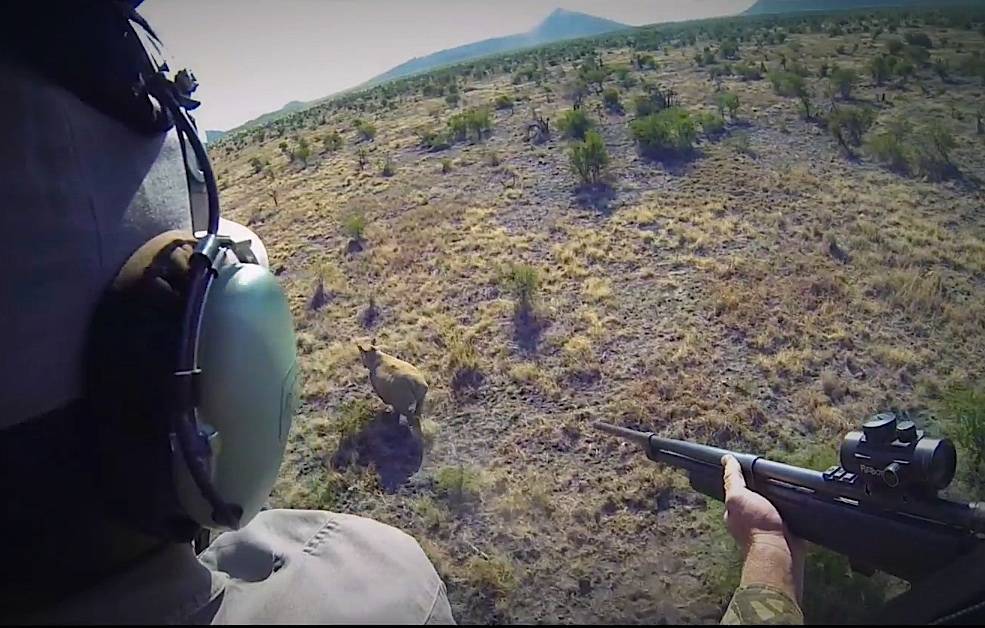 Darting the rhino from the shaky helicopter 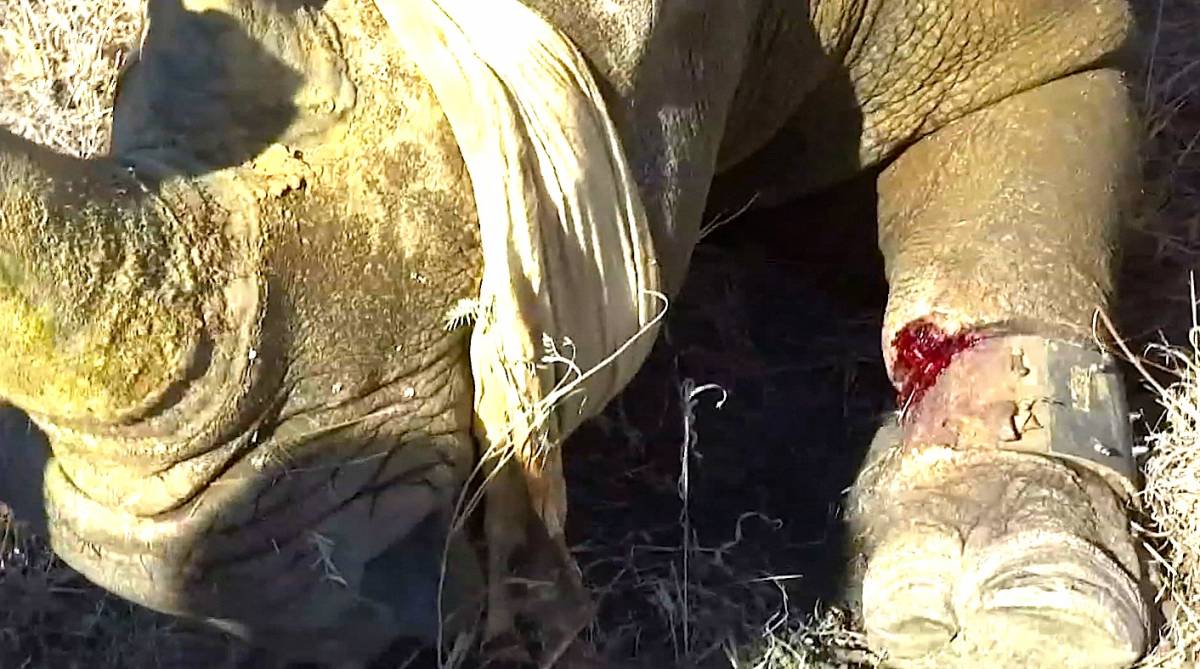 It was time to remove the foot collar

The early morning game drive started as planned; just “business as usual” for our Africa-experienced visitors. At 8am, however, our three game drive vehicles drove to Wonderboom gate to meet Carlien Esterhuizen, Field Ecologist in Madikwe, and Dr. Louis Greeff, one of the most respected wildlife vets in the North West Province. "Our guests had no idea that there was a special activity on the agenda," says Rhulani's owner Rolf Steiner. A red helicopter was ready to start. “Yes, it was a total suprprise for us”, confirmed Nauli.

Carlien gave everyone an insight into the diverse conservation activities in Madikwe and Rhulani's involvement in some of the task. Today's goal was to find a white rhino female, which was walking with her little calf, and that was injured because of a too narrow satellite foot collar. “We tried to find this animal for two weeks now with no success. The collar must urgently be removed", said Carlien. “Today we make another attempt”. The rhino was suspected in the north.

The operation turned out as an exciting show for 2 hours. Claudio Nauli scanned from the helicopter the 75,000 hectares of Madikwe. Very soon the injured rhino was found. Both the mother and her calf were darted by the vet from the shaky helicopter and made immobile with a muscular injection. Then the whole group was allowed to come on stage and touch the big rhinoceros that was now lying in the grass, still snorting loudly from the recent effort. Everybody's help was needed to move the animal to the other side so that the collar could finally be removed.

A few minutes later, the operation was completed. From the vehicle, we were able to observe how the two animals quickly recovered and continued their way, peacefully grazing in the vast savannah.

The team of private safaris, Swizterland