A relentless fight for the prey

It is not easy for predators to catch prey in the wild. They need a good strategy, be silent, patient, fast and they also need a bit of luck. After a successful kill the fight is not over. The prey must be protected against other predators. Rhulani's ranger Willem tells us the story of a recent excursion with guests where he saw how difficult it is even for lions to retain a wildebeest they had hunted successfully. 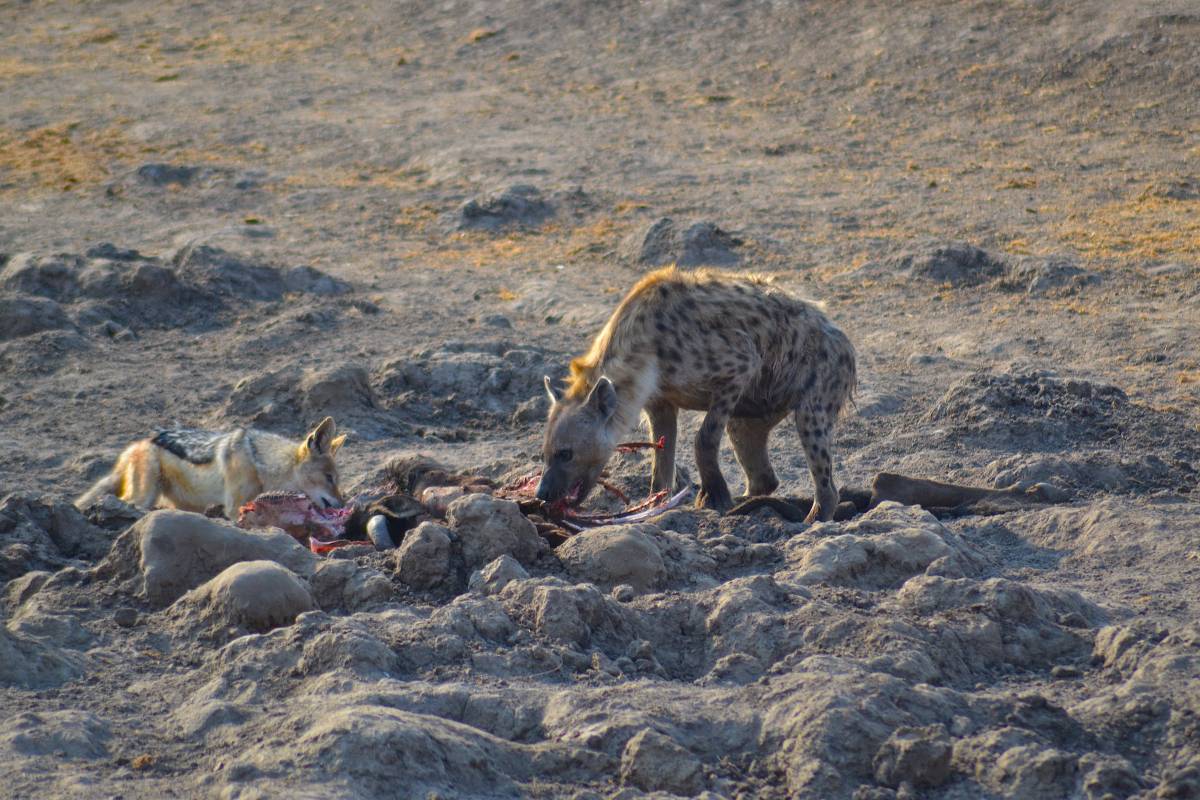 Quite unusual: a black-backed jackal and a spotted hyena, peacefully together eating at a kill 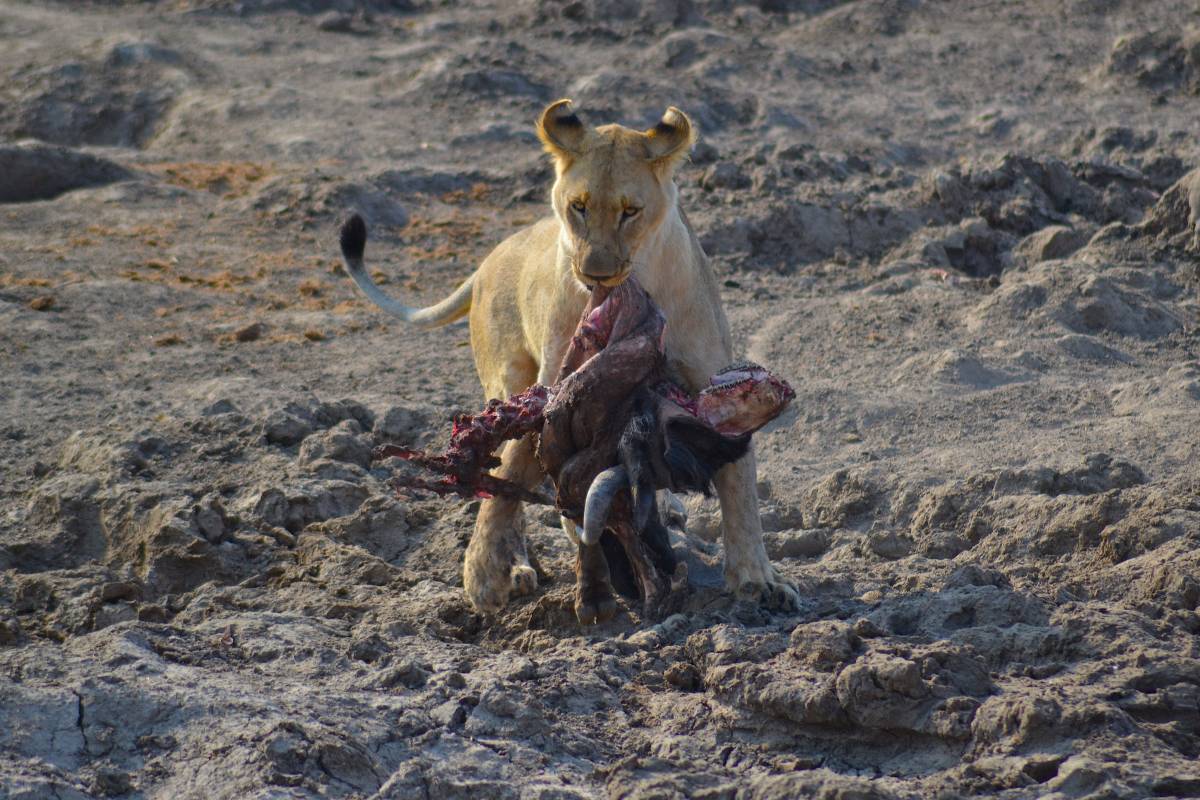 The lioness snatches the remaining parts of the kill 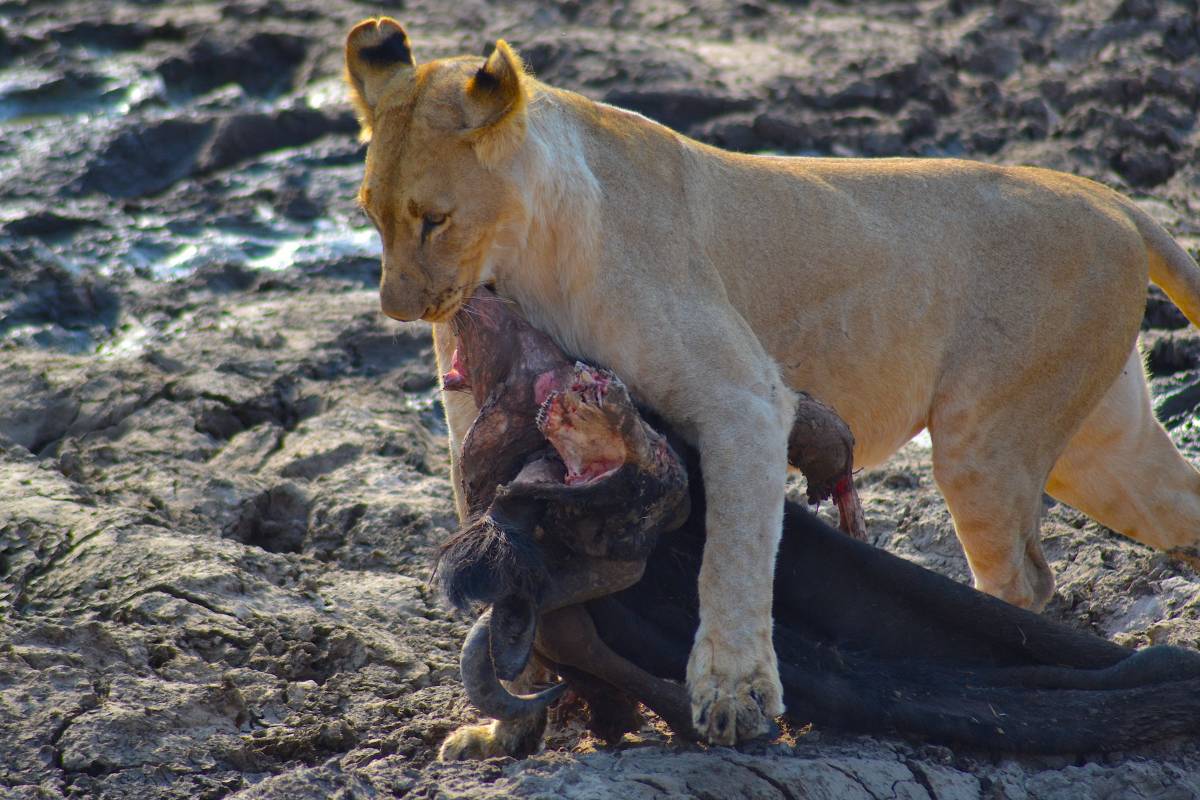 The lion mother moves her prey away

"I heard over the radio that two lionesses had killed a wildebeest near Thlou Dam," says Willem.

No question, we're going there. We'll have to see that. Experience tells Willem, that there is no rush. Fight with other vehicles for the best observation spot doesn’t make any sense.

"I prefer to wait until the big rush is over and then take my time and enjoy the moments with my guests with the greatest calm," says Willem. He knows lions don't move that fast when they're eating.

As Willem comes to the scene, he is amazed. There are no lionesses. Where are they? The half-eaten prey is still there. Other predators have joined: a black-backed jackal and some spotted hyenas.

"It wasn't a surprise to me to find them here," says Willem. "They are always around when there is something to eat and they are known to steal meat from the bigger cats. To my surprise the jackal and the hyenas were nibbling on the wildebeest together quite peacefully".

At the end of this extraordinary sighting, Willem makes his way back home when one of the guest shouts, "Lion!"

So yes. The lionesses have not given up their prey. The adult lion approaches and chases away the uninvited guests. She snatches the remaining part of the antelope.

The lion eating can go on again. The second lioness, her daughter, joins as well.

The permanent fight for prey became obvious to us today. And in our everyday safari life we are again enriched by a unique experience. 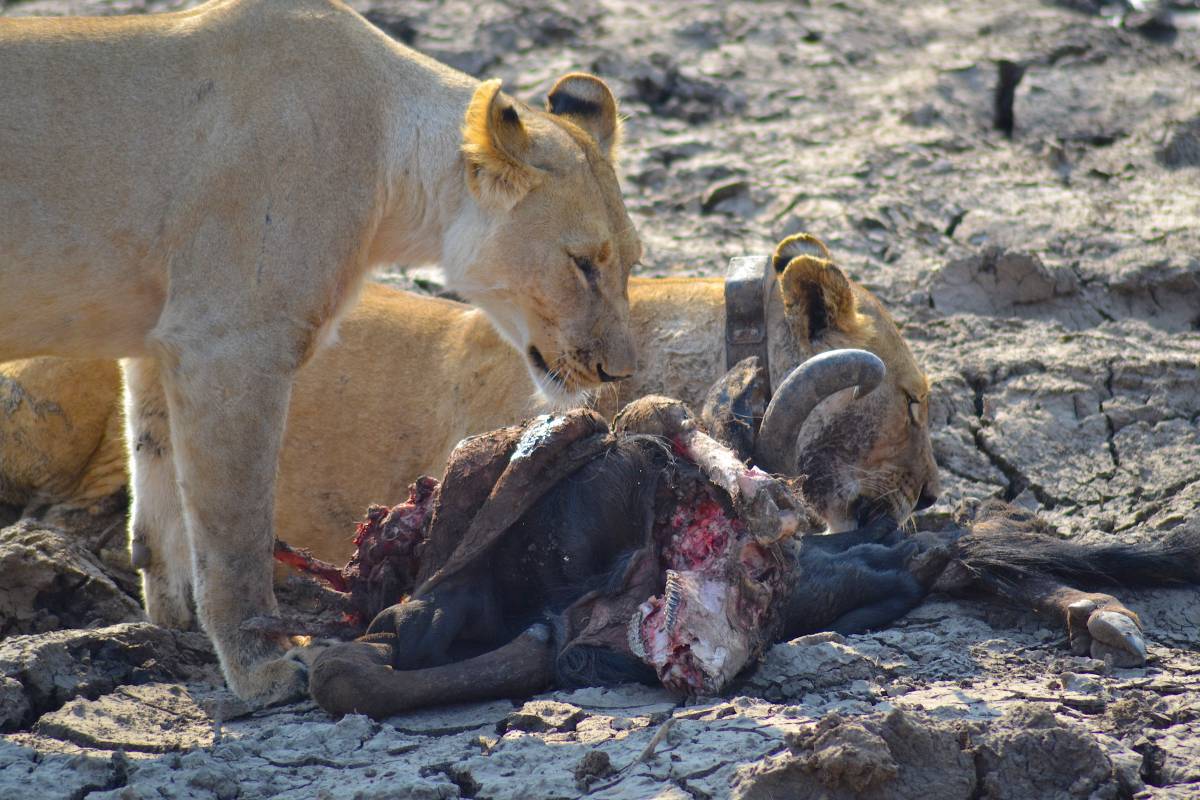 The lioness and her daughter eating on the wildebeest kill