It was an emergency situation. Savannah, the cheetah female, was spotted with a pretty bad looking injury to her right front foot. A call to Rhulani and sure, we will help. Supporting the preservation of the cheetahs in the Madikwe Reserve is a matter close to our hearts. Together with the veterinarian, the park ecologist and all our guests on the vehicle we set off and searched for Savannah. 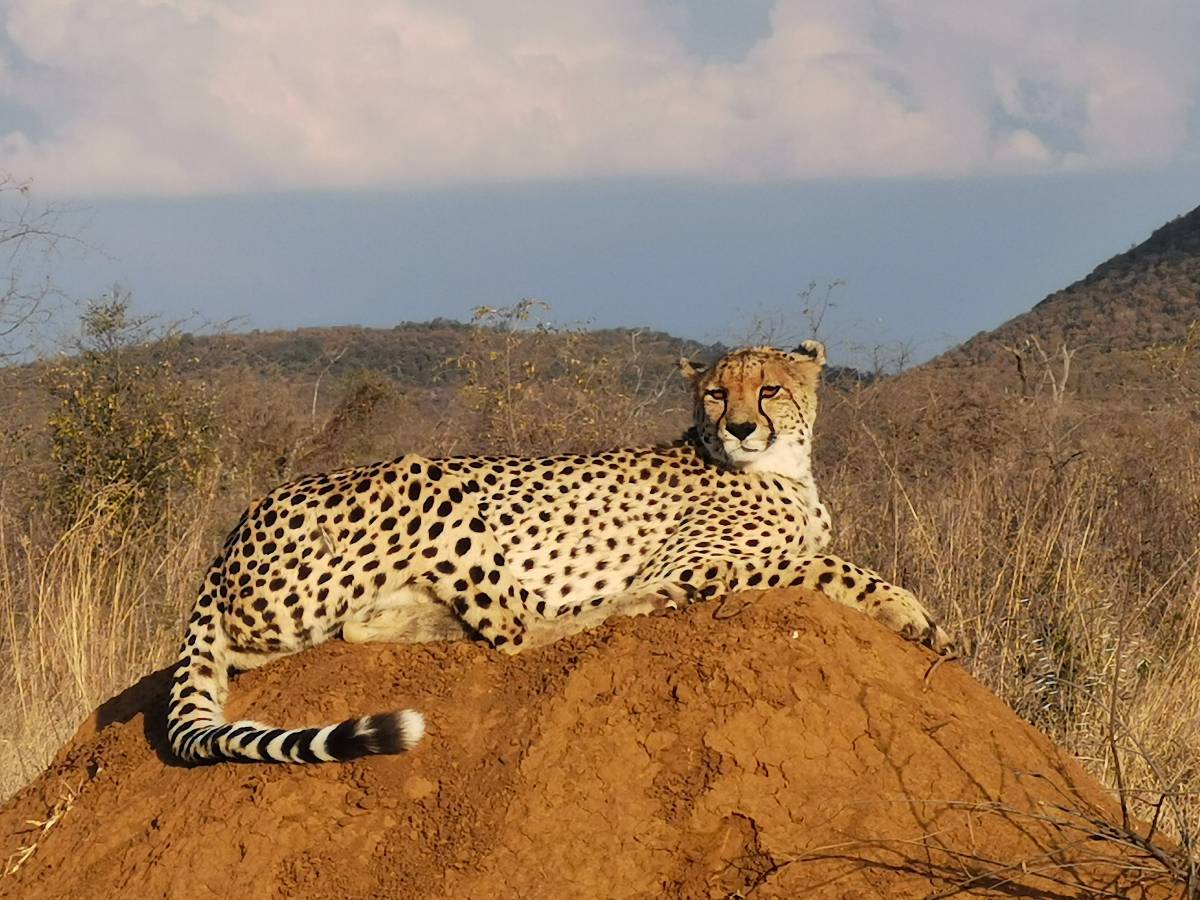 Savannah on a terite mound 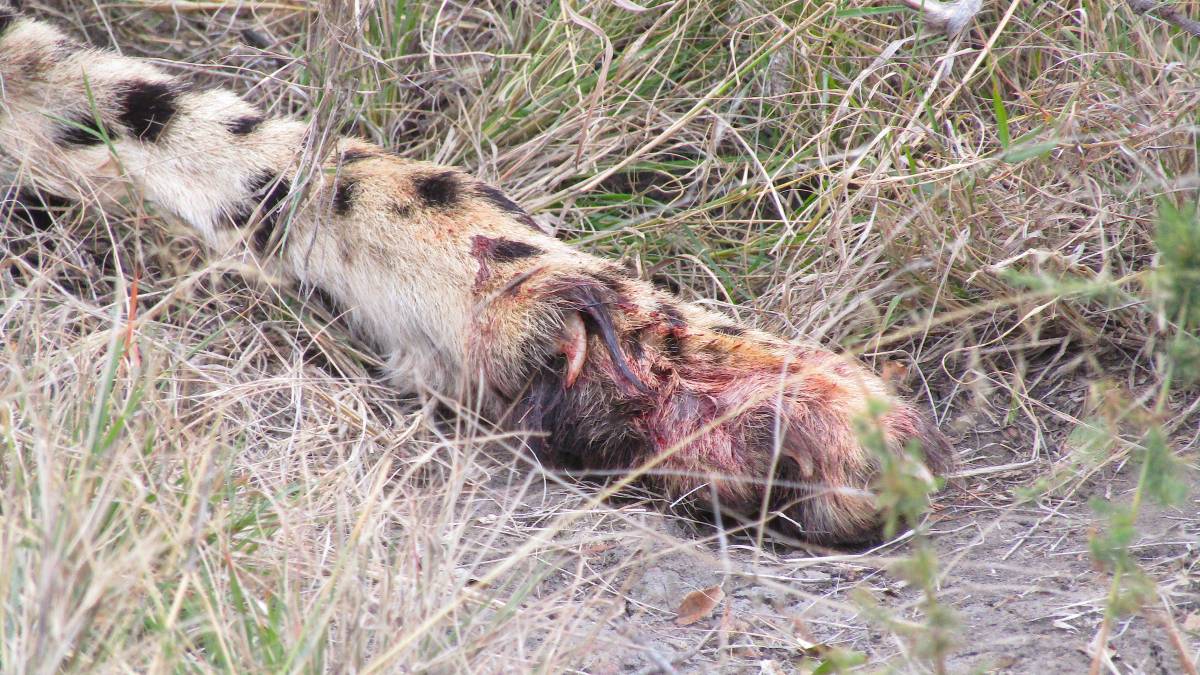 The right front foot is not looking too good 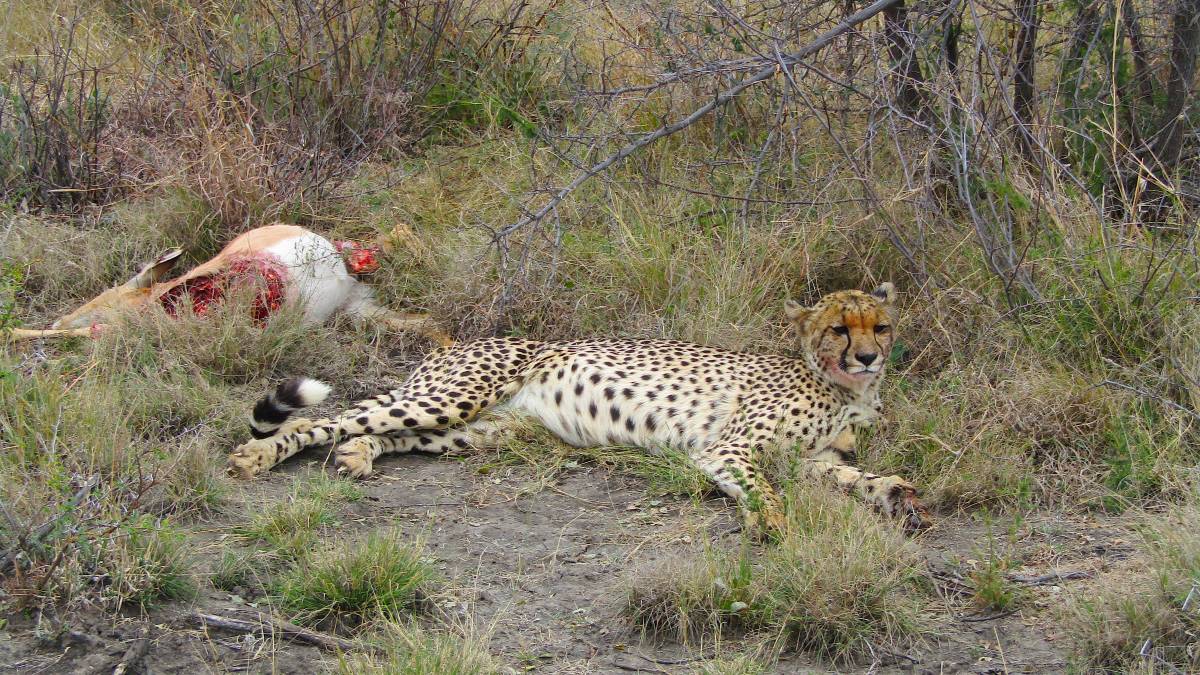 Savannah is still able to make a kill

In Madikwe, the wild animals are usually left to their fate. These are the laws of nature. With the very few cheetahs, things are a little different. The highly endangered species, which is struggling to survive specifically in a Big5 reserve, deserves special attention.

Rhulani Lodge has been supporting the cheetah project in the reserve for years. In the middle of the COVID lockdown, we were able to report the first cheetah birth in Madikwe. Savannah gave birth to four cubs, a sensation for us.

Exactly, Savannah. A very special female cheetah. We have no idea where this badly swollen foot came from. But it could endanger the wildcat's survival if, for example, it can no longer walk properly. No longer hunt, no longer run away from other predators.

"The idea was to dart Savannah and treat the foot medically," says Rhulani's ranger Ralf. "A special safari experience for our guests!"

Ralf found Savannah in the bush and was babysitting her until the vet showed up as well. "But I wasn't paying attention for a second and Savannah wasn't there anymore. She just ran away. Like a bolt of lightning."

The new search for Savannah took a while. But there she was, and now eating. In the meantime she had killed a Duiker. "She's quite a gangster!" says Ralph.

But what now? When animals are eating, have full bellies, you can't stun them. This is dangerous. They could suffocate. It's the same as with humans.

The vet said, look, if Savannah can run away so quickly and make a kill, there's hardly any need to dart the animal and put it under a lot of stress. He decided to do a “drop dart” with the idea to inject vitamins and antibiotics to support the healing process.

Savannah is now under surveillance ever since. We try to find her more often than usual to check how she's doing. 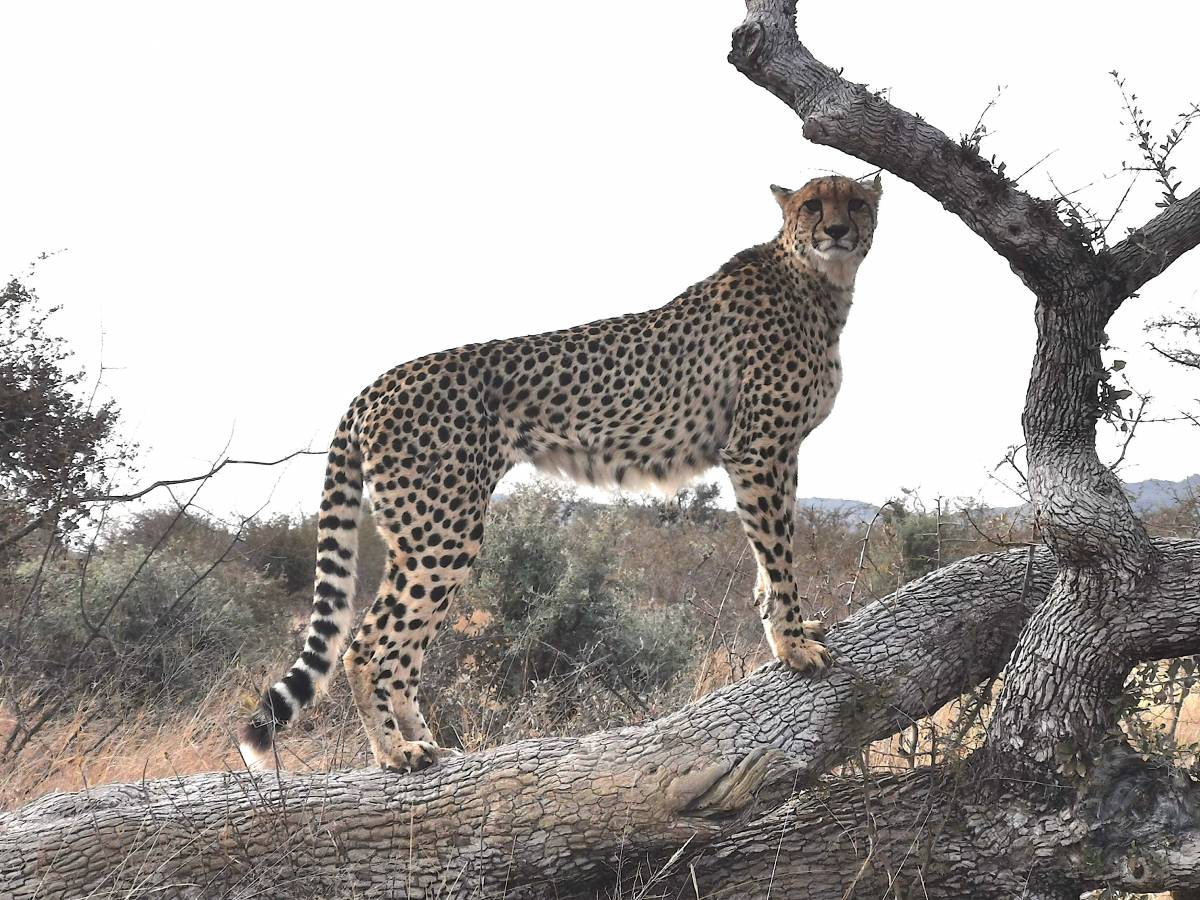