As part of our way back to normal Rhulani Safari Lodge conducted our fist conservation activity after the pandemic for the protection of the animals. A young rhinoceros had its ears notched and was given the name “Bianca”. It was an unforgettable day for the guests present. 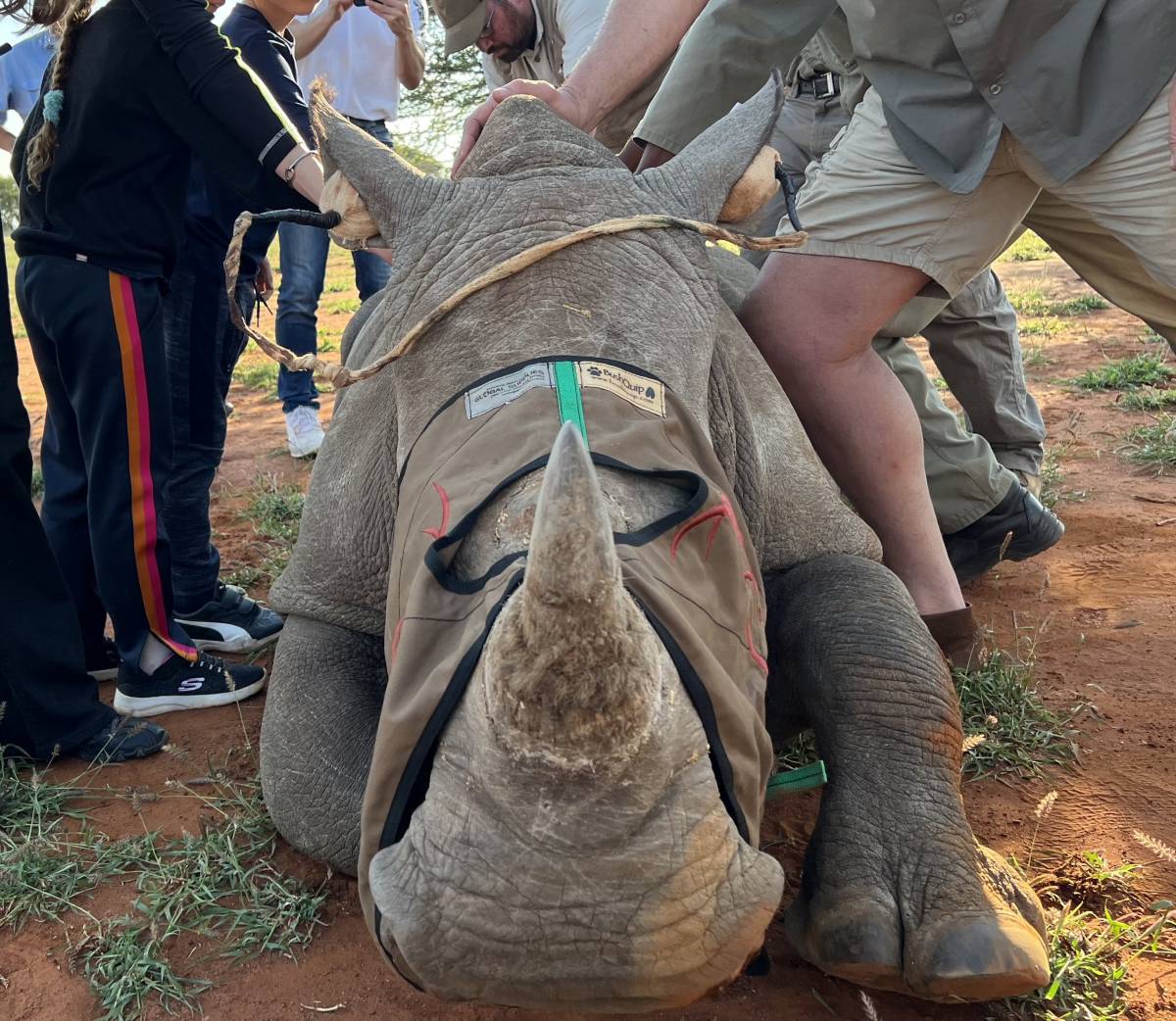 The rhino was blinded to minimize stress 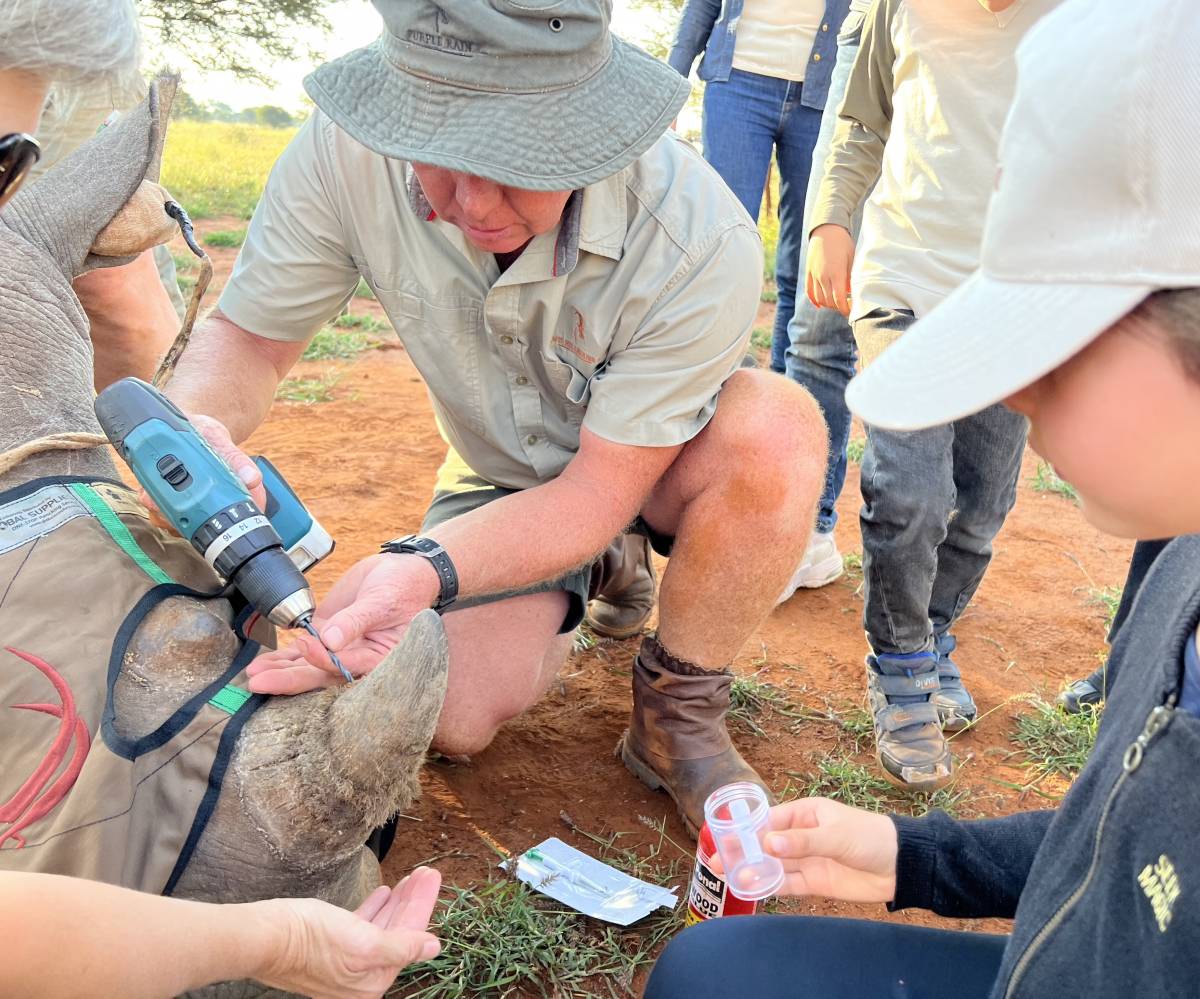 A microchip was implanted into the rhino's horn

It is well known that even in a game reserve as big and open as Madikwe certain animals require special attention, and in particular the measures taken to identify rhinos and the ability to trace the horn after a poaching incident are of great importance.

Our guests Mrs. Amelia Lorenzo and Mr. Oscar Andreu with their children made it possible for us by their financial support to actively participate in a conservation project known as "Rhino Notching". The interesting information we received about the protection concepts of the rhinos in South Africa, the active participation in the activity under the instructions of the vet, as well as a short helicopter flight with a breathtaking view over the Madikwe region will remain in memory forever.

Shortly after starting the operation, a suitable animal was found by helicopter: a young, female white rhino, still small but already separated from its mother. Various routine medical checks were performed on the animal before the most important work was carried out: notchng the ears and implanting a chip in the horn and under the skin. Finally, the rhino was given the name "Bianca".

Everyone was so happy to see when Bianca got back on her feet and soon disappeared somewhere in the bushes of the Madikwe Reserve.

Flying with the helicopter over Madikwe Reserve 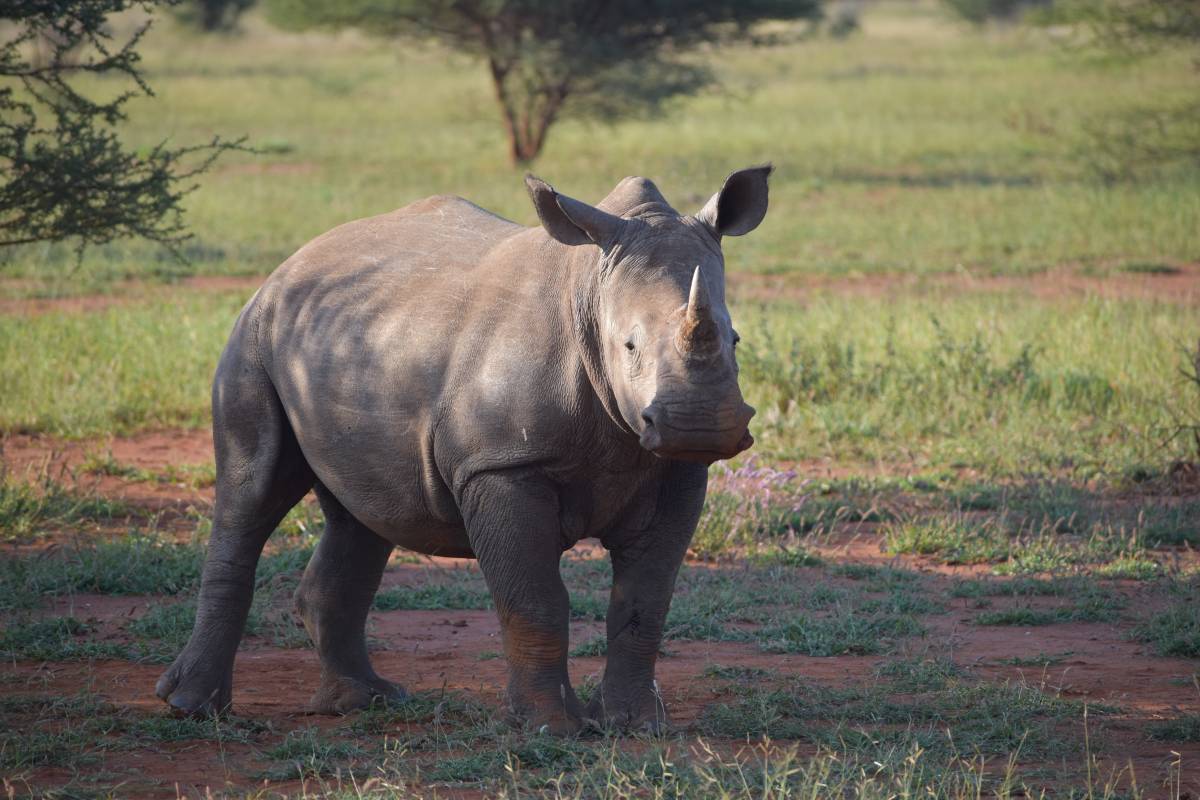 "Bianca" is back on her feet