Punctual and safe: Last Wednesday, three wooden crates were delivered to Madikwe, from which three splendid Cheetahs jumped out. They are the great hope for the ambitious female cheetah project of the reserve. Rhulani Safari Lodge, sponsor of one of the wild cats, was there and welcomed the Cheetahs with all our guests. 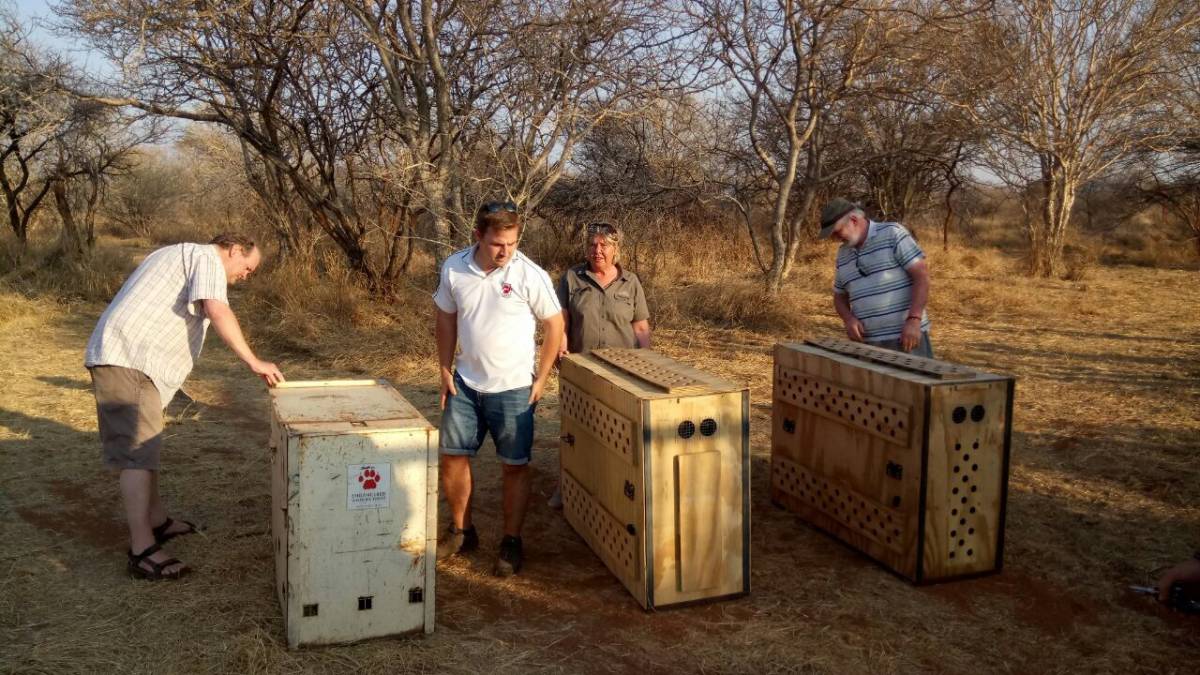 The cages are opened 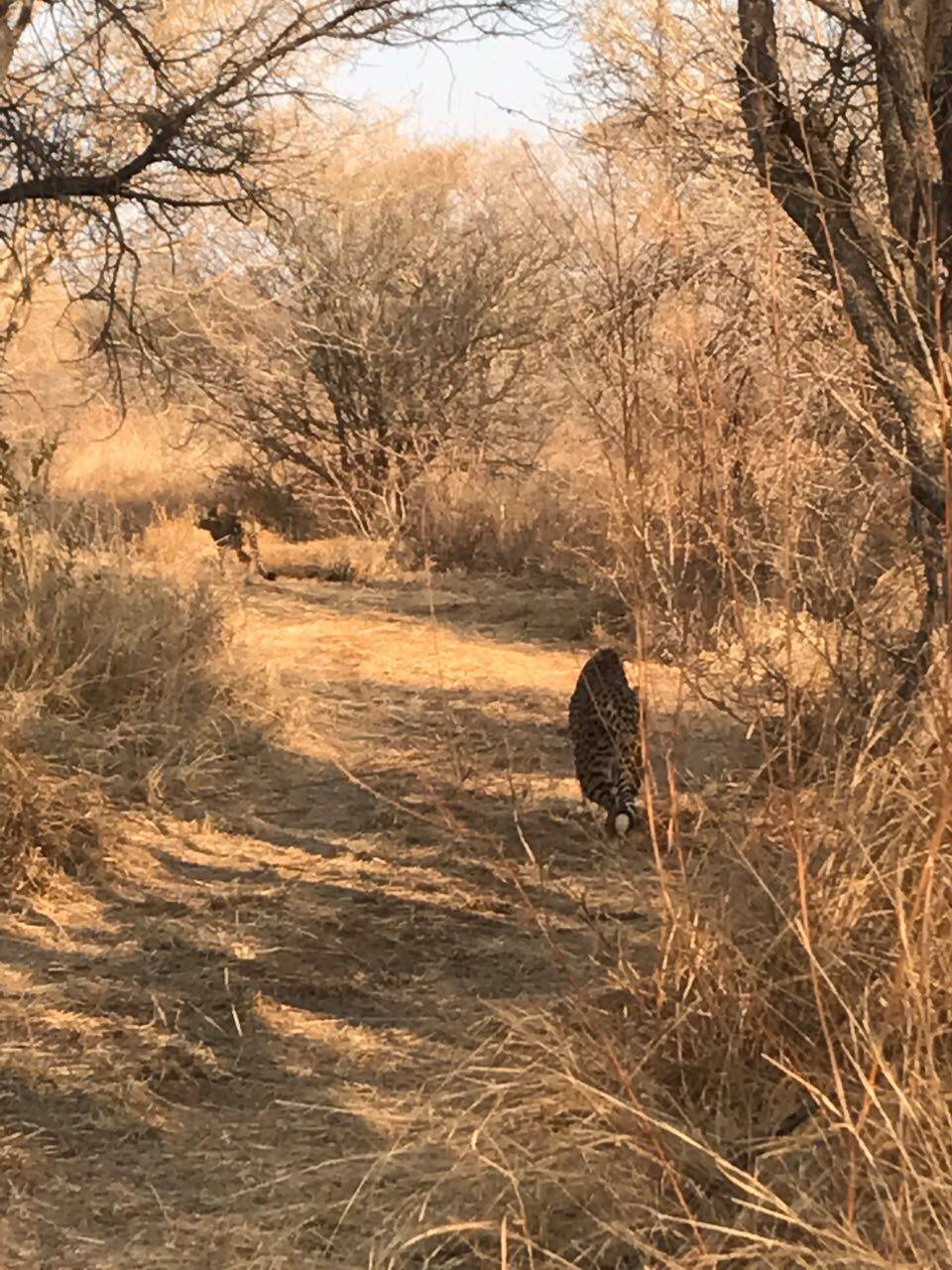 Only briefly visible - the cheetahs disappear in the thicket

"It was an emotional moment," says Rhulani's manager Gerda Kubirske, who was allowed to open one of the cages. After some unsuccessful attempts to build a stable Cheetah population, and after a year of silence, it is good to feel that the project continues.

Out of Gerda's box jumped a beautiful Cheetah, which was a bit bigger and darker than the other two. Such special cheetahs can be seen in the Kalahari, and this is indeed a partial indication of the origin. "She is just gorgeous. It will be easy to recognize her on the day when she will be left in freedom and identify her in the bush", says Gerda.

The three cats which were kindly donated by "De Wildt Cheetah and Wildlife Center" disappeared immediately in a hidden corner of the boma. "We only had a brief moment where we saw the animals", says Gerda. Now they can recover from the long journey and the associated stress. In addition, the animals will get used to each other, but this does not mean that the bonding will be sufficiently strong so that they will stay together after the release. "The three Cheetahs have no blood relationship, and females are rather solitary," says Gerda.

The cats are now 22 months old. A good age to start a life on its own in a "Big 5 reserve". Nevertheless, survival will be a big challenge. Madikwe has many dangerous predators, such as lions, leopards, hyenas, or wild dogs, which put a lot of pressure on Cheetahs. It will also be necessary to monitor whether they will be able to catch prey and get enough food. "We will give them support as far as we can in this crucial moment", says Gerda.

Rhulani Safari Lodge has been supporting the female Cheetah Project since the very beginning. In this case we sponsored the satellite collar. After the accostumation period in the protective boma, the release will take place in about 3 months. We'll be there again, and report on the progress. 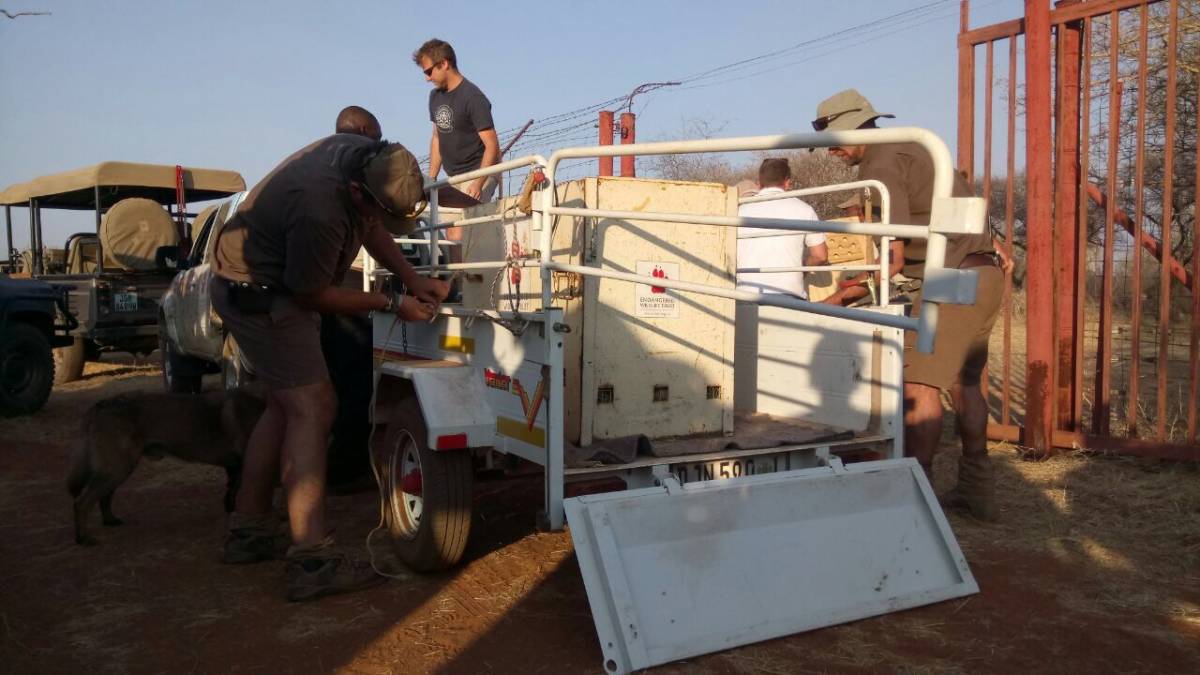 After the long ride, the cages are unloaded