Rhulani's recent guest, Mr. John Pickering, supported one of our urgently needed conservation activities, a "Cheetah collaring". Read the amazing article about this event, which got an unforgettable experience for John and his family. 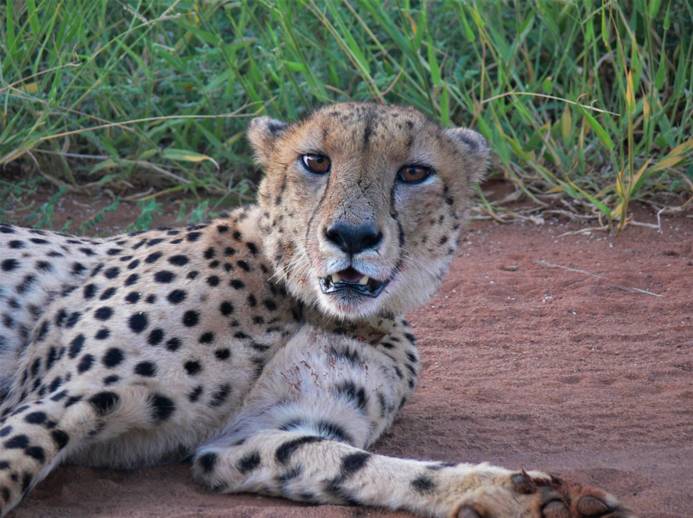 The Vet darted Thanda and we tracked him in the long grass. 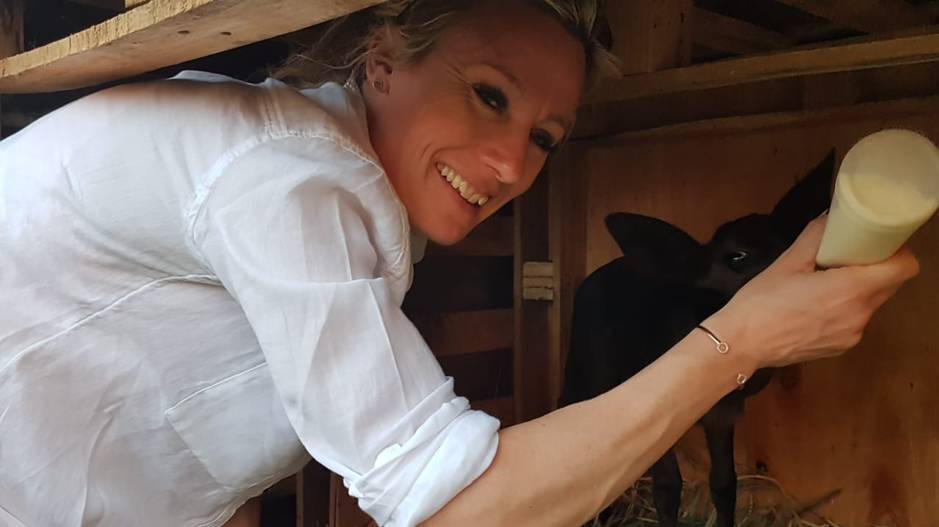 Elle was keen to give a helping hand with the bottle feeding of a black impala. 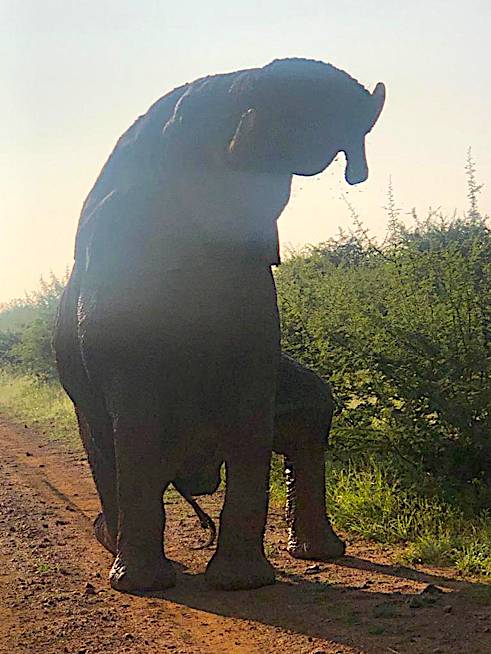 On our way we were confronted by a very large male elephant in full musk.

We had planned our trip to Rhulani back in September 2019 as a birthday present for my nephew Gavin and his girlfriend Elle. A few weeks before we were due to travel there. Rolf, the proprietor, contacted me and said there was an opportunity to assist the Madikwe Conservancy Reserve with another Cheetah collaring. Without hesitation we said “count us in”.

The difference between Rhino notching and Cheetah collaring is that there are no helicopters so the collaring can be done relatively late in the afternoon. This goes well with the Ladies as they can get a few more hours sleep and a good breakfast before heading off to the Conservancy.

Thanda was going to be the male Cheetah. Sam Kruger, the Ecologist, wanted to collar. So off we set at around noon time on a wonderful drive across Madikwe in the safe hands of our Ranger Sean. It’s interesting to see the Flora and Fauna change as one heads from West to East of this gigantic reserve.

On our way we were confronted by a very large male elephant in full musk, he went down on his right rear knee and reared his whole body up in the air as though he was proposing to my nephew’s girlfriend, obviously he didn’t know it’s a leap year and the Ladies are meant to propose.

To arrive at the magnificent gardens at the Madikwe Conservancy always amazes me, even though we have been there several times now. Debbie and Dave had prepared a most amazing lunch and gave us a tour of the gardens which, at this time of the year, are in full bloom. After maybe one too many glasses of a very nice Cabernet Sauvignon blanc we gathered our cameras and headed off with Sam, Lammy, the Vet Ean van der Berg and the intern Dilano.

After about 15 minutes we found the two Cheetahs, the Vet darted Thanda and we tracked him in the long grass, he at last succumbed to the drug and we waited some time before finally approaching him.

My nephew was given the job of attaching the new collar which he managed even though Thanda’s buddy Thumelo was only 6 to 10 meters away watching every move. The Vet then gave him the antidote which he could only do intramuscularly so we then had to wait around 10 minutes for Thanda to finally rise to his feet. A bit wobbly at first, but he was soon romping around with his great friend.

To cap what was already a most amazing experience, Sam then invited us back to her house where she is bottle rearing a completely black Impala lamb. Elle was keen to give a helping hand with the bottle feeding.

We then enjoyed sundowners before heading back on the nearly two and a half hour journey to Rhulani where a nice light meal was awaiting us.

Travelling at night is always one of my favourite things in Madikwe as you never know what is around the next corner, on this particular drive we literally bumped into a herd of about 100 Buffalo, wow!

We are already dreaming of our next Rhulani Conservancy adventure. 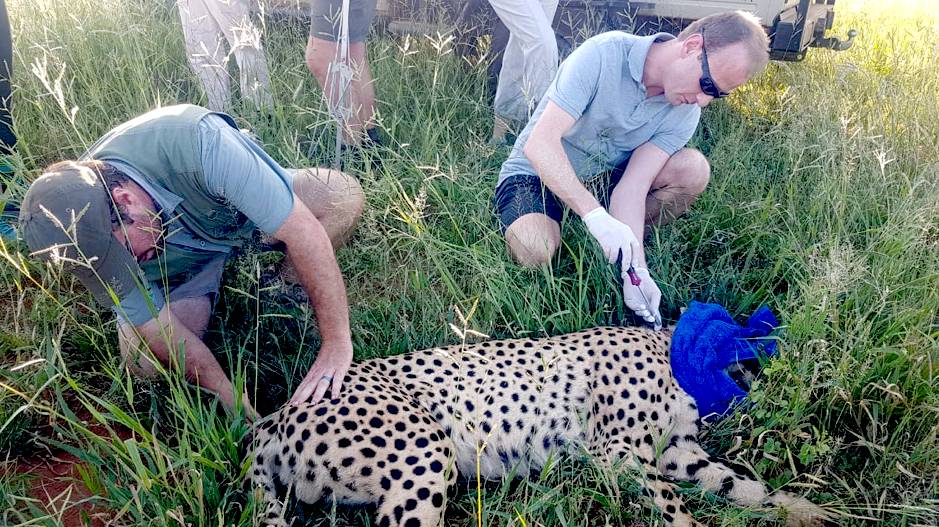 My nephew was given the job of attaching the new collar