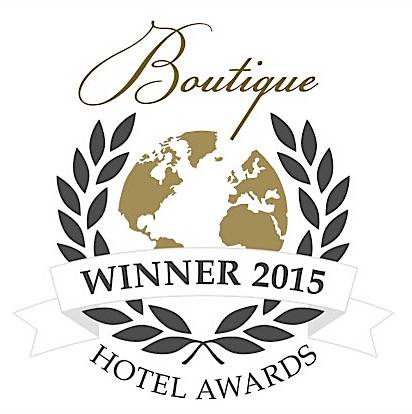 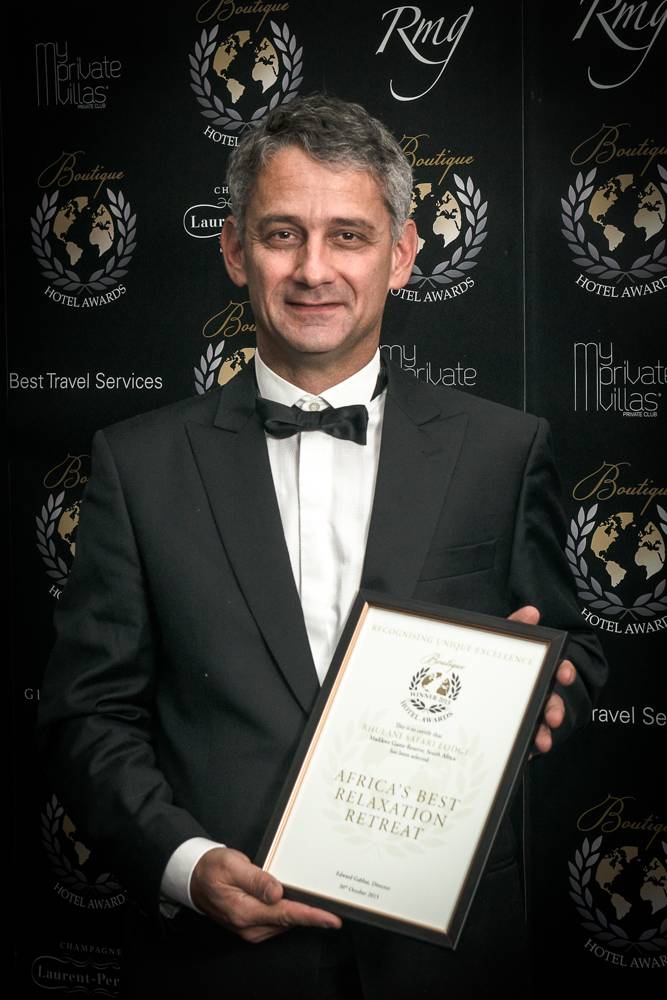 At the second hotel-award ceremony of October Rhulani Safari Lodge was once again able to confirm the fantastic success from last year. We are "Africa's Best Relaxation Retreat" according to World Boutique Hotel Awards. Rhulani's owner Rolf Steiner attended the gala dinner in London.

After the long travel to Hong Kong last weekend, this trip was a bit shorter for Rolf. The elegant event took place in London’s Montcalm Hotel, the same place as last year. Men appeared in black tie, ladies in floor-length gowns. Edward Gabbai, founder and director of World Boutique Hotel Awards', welcomed the guests who came from all over the world. Almost all award winners were present to accept the award personally.

“the category in which we won, is tailored to us” – Rolf, Rhulani's owner

Rolf is very happy: "For us, this award is very meaningful, for two reasons. Firstly, the evaluation was done by industry experts. About two months ago we received a visit by an assessor. We are very proud that we have been selected based on quality criteria. Secondly, the category in which we won, is tailored to us. The certificate says 'Africa'as Best Relaxation Retreat'. As you may know, 'Rhulani' is a Schangaan word and means 'Relax.'"

In a short period of time, Rhulani has won two valuable awards. "It could not be better for us," says Rolf. However, early Decembera there will be a last opportunity at the "2015 Hotels of the Year Award" in Budapest. “Whatever the result will be, we have definitely achieved our goals this year!” says Rolf.