Saturday, 2 September will be kept in special memories by Rhulani's guests. Instead of the normal safari program, there was a highly needed conservation activity taking place, in which everyone participated actively, and learnt more about the protection of endangered rhino. 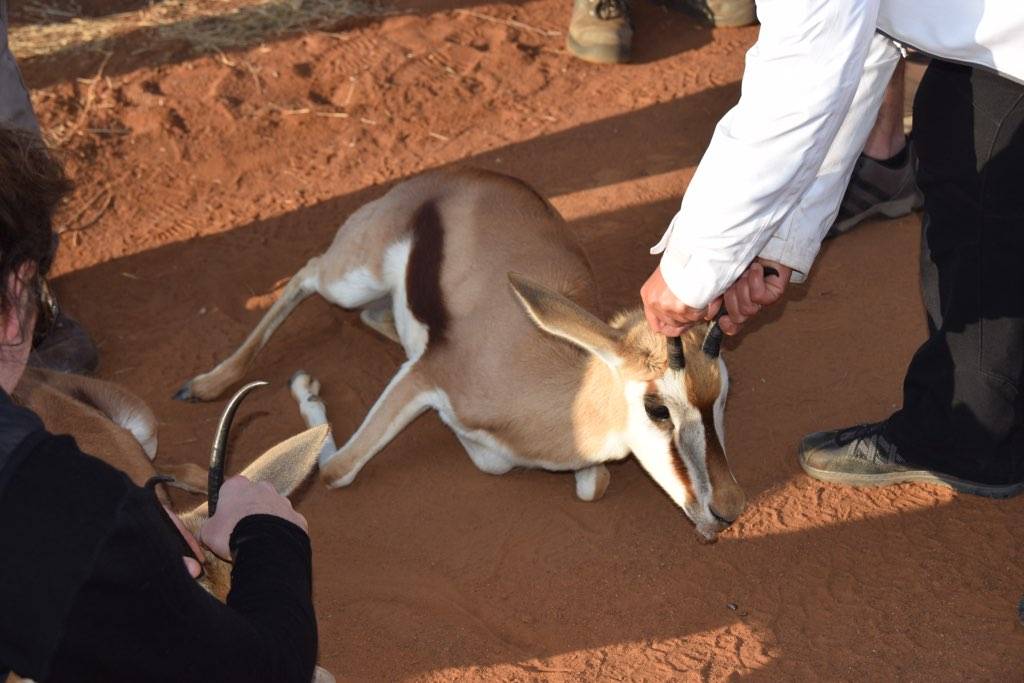 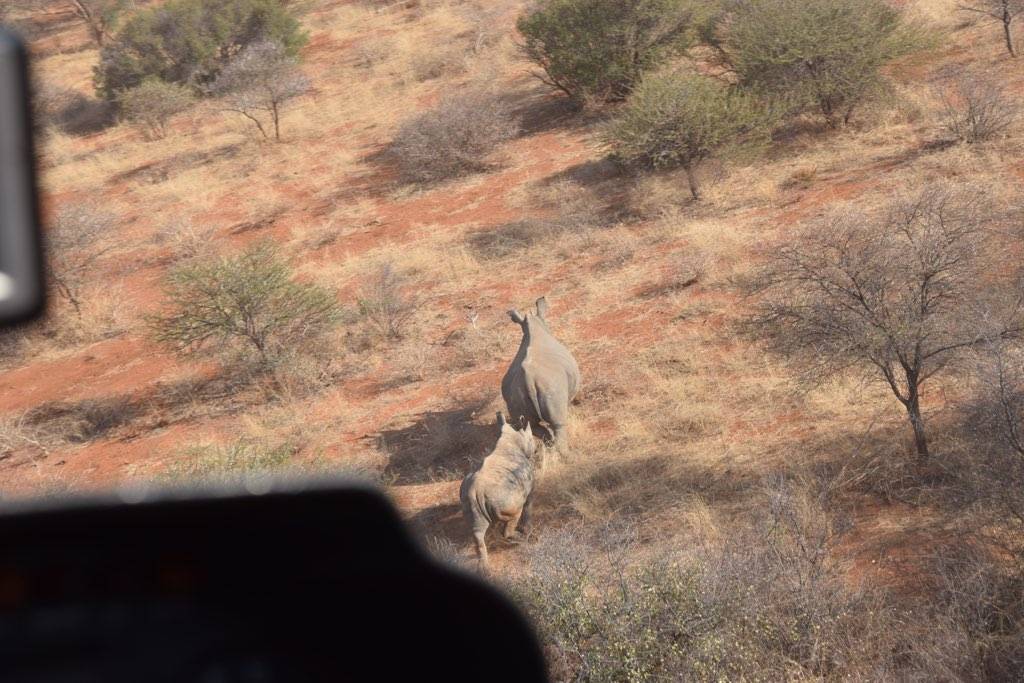 A young white rhino was darted from the helicopter 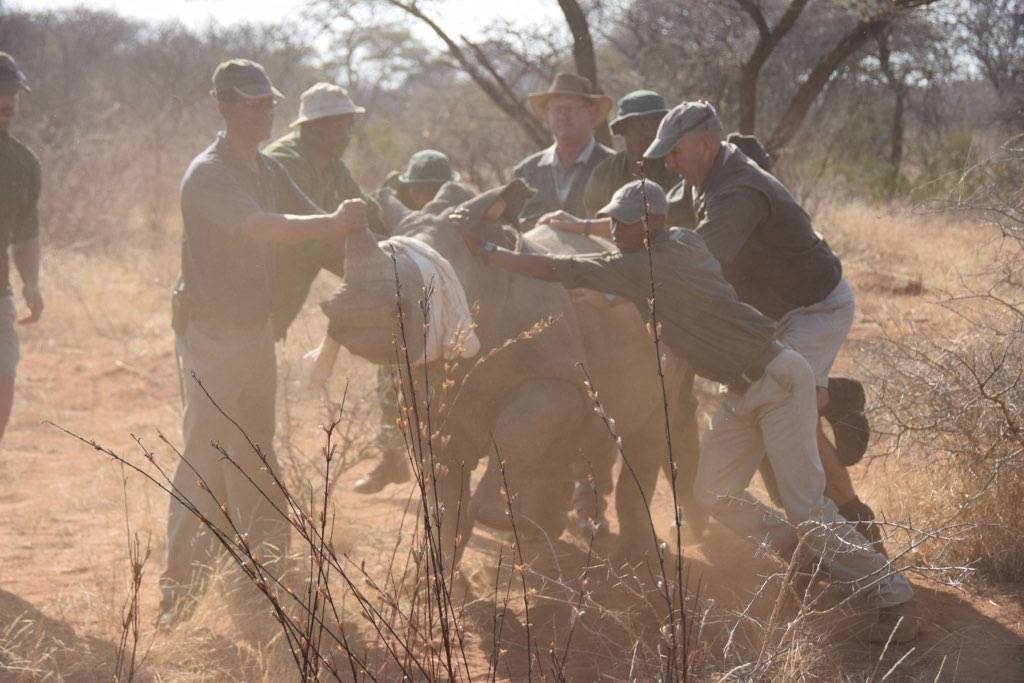 The rhino is immobilized 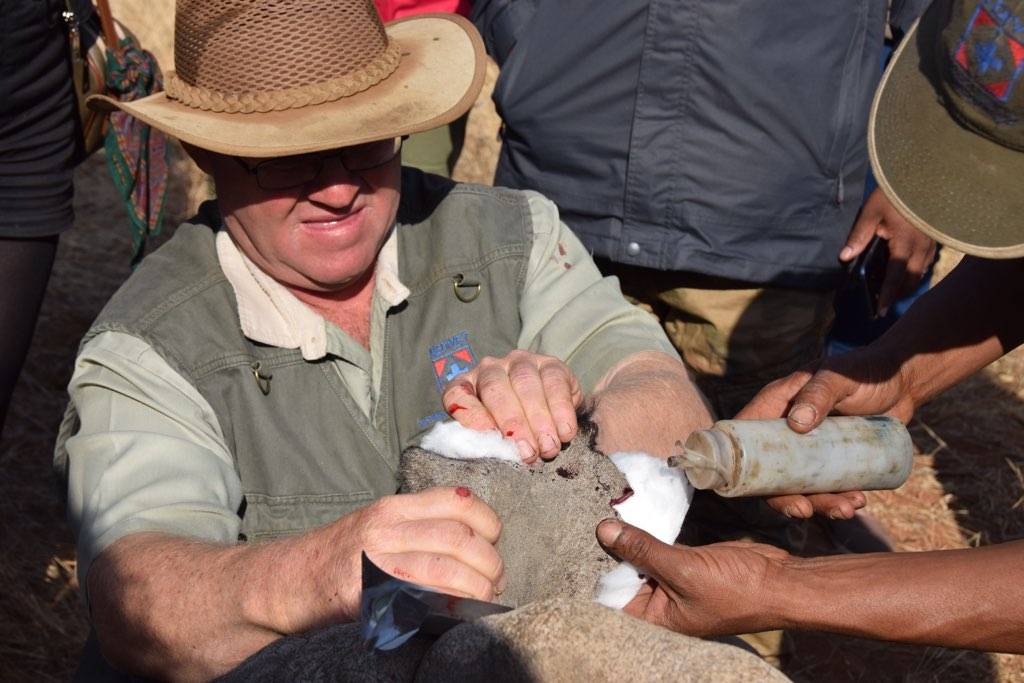 Notching process conducted by the vet

The special event was sponsored by Rhulani Safari Lodge and took place on the east side of the Madikwe Reserve, in Purplerain Game Breeding. Wake up call was at 5:15 am, so a little earlier than normal, because with our three safari vehicles we had to cross the entire reserve. Travel time was an hour and a half, and we definitely wanted to arrive on time. The rising sun and the morning song on the radio sung by Alasdair kept us in good spirits.

The management of Purplerain surprised us at first with an insight into one of his further activities. We were able to see how six beautiful springboks were caught. These beautiful national animals of South Africa were for sale. Under our presence the antelopes were medically examined, measured, and even a pregnancy test was carried out. All springboks were healthy. They were loaded and prepared for the transport.

But soon the real activity started: a young, not even two-year-old white rhinoceros, had to be notched, in order to increase its security and the protection against poachers - unfortunately a common challenge in South Africa.

Darting from the helicopter

Colin Lombard and his team from Purplerain gave us an introduction on the notching procedure and importance of rhino protection. We learned which darts and anesthetics are used for the darting process. Shortly thereafter a helicopter took off, with the pilot, the vet and even a Rhulani guest was allowed to fly as a passenger.

The little rhino was darted with a precise shot, and a little later immobilized on the ground and calmed down. Blood samples were taken, microchips implanted, and the ears notched, so that the animal could be registered in the national database and can now be easily identified.

A "once in a lifetime experience"

The exciting activity was completed with a rich brunch at Madikwe Gardens. After lunch we returned to Rhulani, slowly slowly, enjoying the wonderful wildlife of Madikwe which could now be seen in full daylight. For all, this will be remembered as a "once in a lifetime experience". 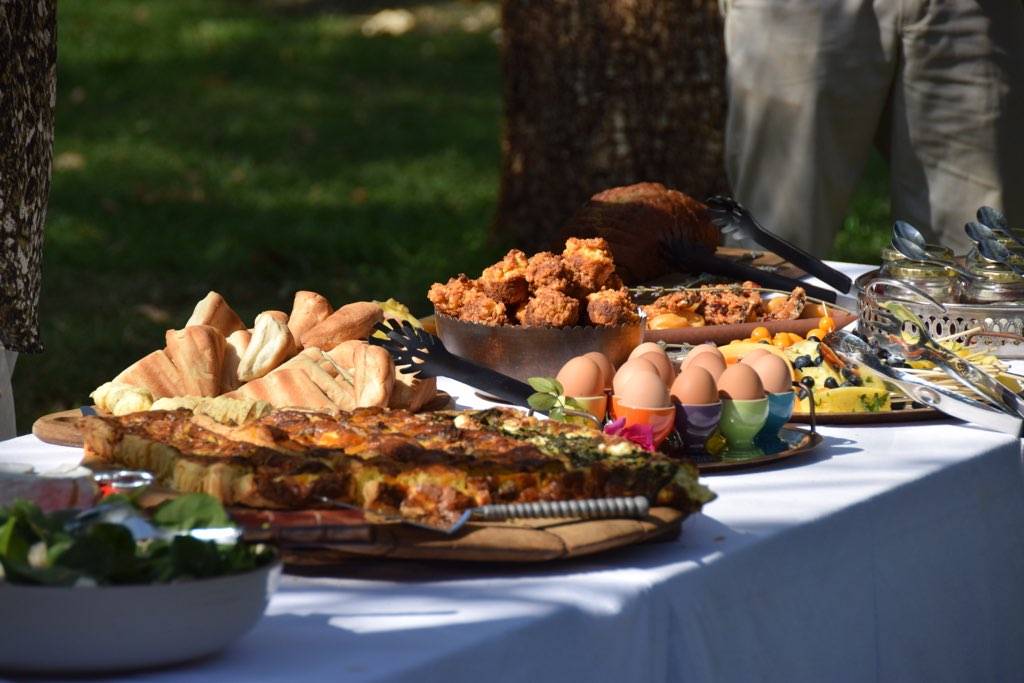 At the end of the activity, brunch is prepared in the Madikwe Gardens